The Girls5eva soundtrack features original music from the show produced and composed by Jeff Richmond (Mean Girls on Broadway, Unbreakable Kimmy Schmidt) and co-written with series creator Meredith Scardino and the writers of Girls5eva.

Next up, the Girls5eva stars will accompany Bareilles during her “Amidst the Chaos: Live (Again) from the Hollywood Bowl” livestream event this Friday, May 7 at 7pm ET on her YouTube Channel. Tune in here!

Beyond a set of fan favorites and songs from her latest full-length album Amidst the Chaos, Bareilles and her co-stars — Renée Elise Goldsberry, Paula Pell and Busy Philipps — will debut one of their collaborations from Girls5eva.

In the series, when a one-hit-wonder girl group from the ’90s gets sampled by a young rapper, its members reunite to give their pop star dreams one more shot. They may be grown women balancing spouses, kids, jobs, debt, aging parents, and shoulder pain, but can‘t they also be Girls5eva?

Girls5eva is produced by Universal Television, a division of Universal Studio Group. 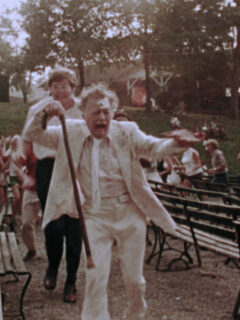 Next
Let's Play TV Series Coming From Allnighter
Click here to cancel reply.
Disclaimer: This post may contain affiliate links through which we earn a commission if you decide to make a purchase, at no cost to you. As an Amazon Associate, we earn from qualifying purchases.
Amazon Prime Day 2021 is June 21 and 22! Click here for the deals.