Ghost of Tsushima Movie in the Works at Sony

Home » Ghost of Tsushima Movie in the Works at Sony

Sony announced today that a Ghost of Tsushima movie is in development and will be directed by Chad Stahelski (John Wick films). The PlayStation exclusive video game was released on July 17, 2020.

“The idea of translating our game into a new medium is exciting, and we’re intrigued by the possibilities We’ve all been brought to tears in a movie theater surrounded by strangers. (Thanks a lot, E.T.) We’ve all gone to a movie on opening night when the crowd is so excited that they cheer as the lights go down,” said Nate Fox, the game’s co-director at Sucker Punch Productions.

“It’s a group experience that isn’t replicated anywhere else. To think that we could sit in the theater someday watching Jin Sakai up on the big screen is amazing. We’d all relive his tense transformation into the Ghost from a whole new vantage point.”

Fox added: “We are happy to partner with Sony Pictures to make this happen. And Jin is in very good hands with the film’s director. Chad Stahelski created something special with John Wick.

“His vision for what could be, backed up by years of experience, combined to create some of the finest action scenes ever created. If anyone could bring to life the razor-sharp tension of Jin’s katana combat, it’s Chad Stahelski.”

In addition to the Ghost of Tsushima movie, Sony also revealed that they’ve now sold more than 6.5 million copies of the video game (buy at Amazon). About half of the people have made it all the way through the game.

The PlayStation game is set in the year 1274. Samurai warriors are the legendary defenders of Japan – until the fearsome Mongol Empire invades the island of Tsushima, wreaking havoc and conquering the local population.

As one of the last surviving samurai, you rise from the ashes to fight back. But honorable tactics won’t lead you to victory. You must move beyond your samurai traditions to forge a new way of fighting — the way of the Ghost — as you wage an unconventional war for the freedom of Japan.

With Tsushima on the brink of destruction, Jin Sakai must sacrifice everything to defeat the ruthless Mongol invaders and protect what’s left of his home and people. As he embarks on an epic adventure for the freedom of Tsushima, he is forced to set aside samurai traditions and become a new kind of warrior.

The Ghost of Tsushima movie will be produced by Stahelski, Alex Young and Jason Spitz through their company 87Eleven Entertainment. Asad Qizilbash and Carter Swan will produce on behalf of PlayStation Productions.

Sucker Punch Productions will serve as executive producers. Peter Kang is overseeing the project on behalf of the studio. 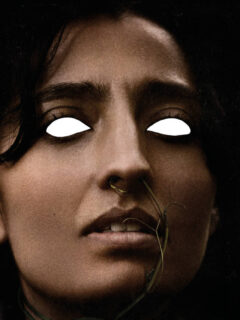 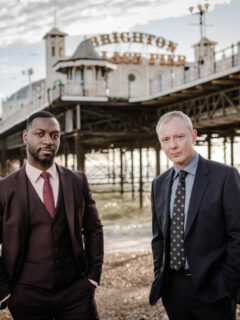 Next
BritBox April 2021 Schedule Announced
Click here to cancel reply.
Disclaimer: This post may contain affiliate links through which we earn a commission if you decide to make a purchase, at no cost to you. As an Amazon Associate, we earn from qualifying purchases.
Get The FREE LEGO® Life Magazine! LEGO® Life Magazine is fun for kids 5-10 years old.