As the cult classic nears its 20th anniversary (it premiered on December 25, 1999), Never Surrender: A Galaxy Quest Documentary explores how the sci-fi comedy became an enduring fan favorite, a movie that helped launch the sci-fi- and fantasy-driven movie and TV industry that dominates global entertainment today.

On November 26 only, Fathom Events and Fandom present the theatrical premiere of Never Surrender: A Galaxy Quest Documentary, which includes exclusive behind-the-scenes footage and a 10-minute introduction featuring the cast members of ScreenJunkies.

Tickets to Never Surrender: A Galaxy Quest Documentary are available now at FathomEvents.com or at participating movie theater box offices. The event will be presented in more than 600 movie theaters across the country at 7:00 p.m. local time on Tuesday, November 26, through Fathom Events’ Digital Broadcast Network (DBN). A full list of theater locations is available on the Fathom Events website.

The documentary features the film’s stars, including Tim Allen, Sigourney Weaver, Justin Long, Sam Rockwell, Tony Shalhoub, Missi Pyle, Rainn Wilson and Daryl “Chill” Mitchell, along with director Dean Parisot, writer Robert Gordon, and a legion of celebrity fans sharing their reminiscences and appreciation for this beloved film. Among the celebrities who appear in Never Surrender: A Galaxy Quest Documentary are Wil Wheaton, Brent Spiner, Greg Berlanti, Damon Lindelof and more than a dozen other notable filmmakers, craftspeople and entertainment-industry observers who offer keen insight into the ways, both big and small, that Galaxy Quest has had lasting impact and developed a fan base that extends around the world.

“Fandom is powered by fans who deeply care about the movies, shows and games they love. Galaxy Quest was the first film that put fans at the center of the action and really foretold the era we’re in now, where fans are the most powerful force in entertainment,” said Michael Chiang, Fandom SVP of Programming. “We are thrilled to offer fans an insider’s look at this quirky, but highly influential film in the form of a one-night only theatrical event.”

“Fandom is dedicated to the celebration of the most passionate people in the world—the fans—and we are excited to team up with them to present the premiere of a most unique documentary about a most beloved movie,” said Brian Deulley, Fathom Events Sr. Director of Programming. “‘Never Surrender’ is both an amazing homage and an irresistible, wonderfully heartfelt documentary that will delight longtime ‘Galaxy Quest’ fans as well as those new to the phenomenon.” 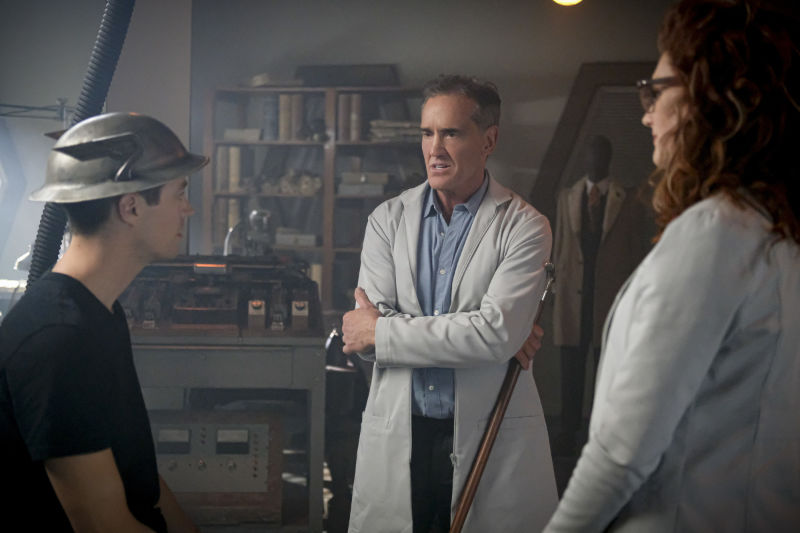 Previous
The Flash Episode 6.2 Recap: Barry Faces Death in A Flash of the Lightning

Next
Ford v Ferrari Posters Featuring Matt Damon and Christian Bale
Click here to cancel reply.
Disclaimer: This post may contain affiliate links through which we earn a commission if you decide to make a purchase, at no cost to you. As an Amazon Associate, we earn from qualifying purchases.