FOX announced today it has renewed its hit comedy Call Me Kat and ordered the comedy Pivoting to series. The network is not moving forward with a third season of Prodigal Son, however.

Call Me Kat stars Emmy Award nominee Mayim Bialik and is executive produced by Jim Parsons and Bialik. The announced was made today by Michael Thorn, President of Entertainment, FOX Entertainment.

“We are excited to renew Call Me Kat and have Mayim, Cheyenne, Swoosie, Leslie, Kyla and Julian return for their second season. Together, they share a winning chemistry that we, and viewers, adore,” said Thorn.

“On behalf of everyone here at FOX, congratulations to this incredible cast and our terrific partners at Warner Bros. on delivering this season’s #1 new comedy.”

Inspired by BBC Studios’ British format Miranda, Call Me Kat stars Bialik (The Big Bang Theory) as a woman who struggles every day against society and her mother to prove that she can live a happy and fulfilling life, despite still being single at 39 — which is why she recently spent her entire savings to open a cat café in Louisville, KY.

Pivoting follows three women after the death of their childhood best friend. Faced with the reality that life is short, in desperate attempts to find happiness, they make a series of impulsive, ill-advised and self-indulgent decisions, strengthening their bond proving it’s never too late to screw up your life.

Liz Astrof is the writer and is executive producing with director Tristram Shapeero, as well as Aaron Kaplan and Dana Honor.

Not returning for a third season is Prodigal Son. The second season premiered on January 12, 2021 and has two episodes left to air.

Prodigal Son follows Malcolm Bright (Tom Payne), a criminal profiler with a rare talent for getting inside the minds of killers. He learned how they think because his father, Dr. Martin Whitly (Michael Sheen), was a notorious serial killer known as “The Surgeon.”

Season Two picked up with Bright’s personal life in disarray after his sister Ainsley’s (Halston Sage) shocking actions in the Season One finale. Now, he must “take care” of her and protect his mother Jessica Whitly (Bellamy Young) from a secret that could tear the family apart all over again.

Meanwhile, Martin proves himself valuable in treating patients, after being assigned to infirmary duty by Claremont Psychiatric’s resident MD, Dr. Vivian Capshaw (Catherine Zeta-Jones), and seeks to deepen his relationship with Bright, his prodigal son, but forging this bond leads to shocking twists and revelations.

Prodigal Son is produced by Berlanti Productions in association with Warner Bros. Television and FOX Entertainment. Chris Fedak and Sam Sklaver created the series, and are executive producers, showrunners and writers on the show. 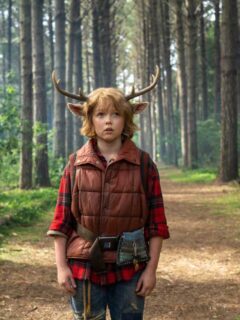 Previous
The Downeys Give First Look at Sweet Tooth Series 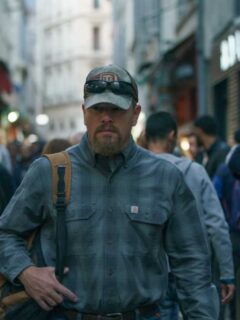 Next
Secrets Run Deep in the Stillwater Trailer and Poster
Click here to cancel reply.

Prodigal Son,Omg so completely stupid, canceling this show. I'd say its currently your best show. Dumb move. I pray someone picks them up.