Fortnite: The Last Laugh Bundle Announced by DC and Epic

The latest DC Super-Villains themed bundle will have a suggested retail price of £24.99/€29.99 and players will be able to pick up the new bundle for the Xbox One family of devices, including Xbox Series X, PlayStation 5, PlayStation 4, and Nintendo Switch, beginning on November 17, 2020.

Players can also purchase Fortnite: The Last Laugh Bundle and download digitally through the in-game store and first-party digital marketplaces this holiday.

A mastermind of chaos, The Joker is joined by adversaries old and new. Gotham City’s floral femme fatale Poison Ivy is ready to plant her roots on the Island, while Midas returns with the new Midas Rex Outfit.

Fortnite: The Last Laugh Bundle will consist of V-Bucks and 11 in-game items, including:

In related news, Batman has returned to Fortnite along with Gotham’s legendary antiheroes of Gotham City: Harley Quinn and Catwoman.

You can now stir up some mayhem with the one and only Harley Quinn along with the Harley Hitter Pickaxe and Punchline Pickaxe.

As if that wasn’t enough, it turns out that Kit’s not the only feline on the Island. Catwoman sneaks back to the Item Shop and is ready to pounce.

Last but not least, wear the Cowl as Batman with the Caped Crusader RMT Pack featuring the Batman Comic Book Outfit and The Dark Knight Movie Outfit. Don’t forget all those innovative gadgets in the Batman Gear Bundle that include the Batglider, Bat-Signal Emote, and more.

Fortnite is the free, always evolving, multiplayer game where you and your friends battle to be the last one standing in 100 PvP mode or collaborate to create your dream Fortnite world.

In case you missed the news this week, Epic Games took the battle to both Apple and Google by adding an “Epic direct payment” feature to Fortnite on mobile devices. That meant they could offer a discount, considering the App Store and Google Play store were not getting their full cut.

Apple and Google responded by removing Fortnite from their mobile stores, which resulted in Epic suing both companies (read the Apple documents here). The game is still available on PlayStation 4, Xbox One, Nintendo Switch, PC, Mac, GeForce Now, and the Epic Games app on Android.

Epic also released the above “Nineteen Eighty-Fortnite” video, which is a play on Apple’s own “1984” commercial. 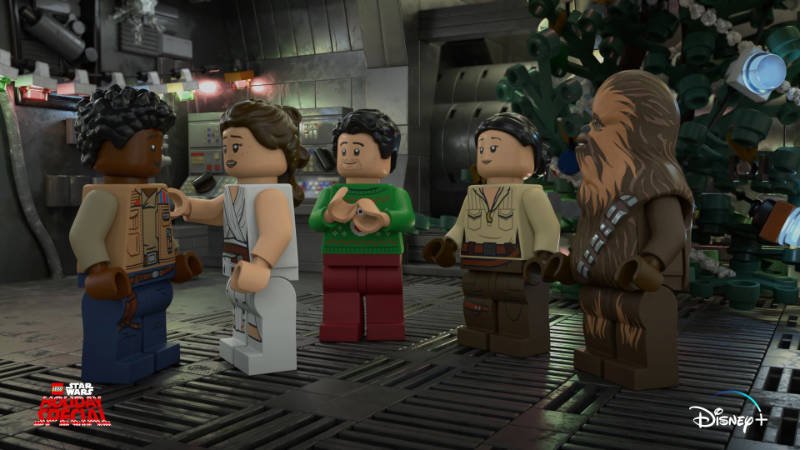 Next
A New Star Wars Holiday Special, The Mandalorian Season 2 News & More!
Click here to cancel reply.
Disclaimer: This post may contain affiliate links through which we earn a commission if you decide to make a purchase, at no cost to you. As an Amazon Associate, we earn from qualifying purchases.
Get The FREE LEGO® Life Magazine! LEGO® Life Magazine is fun for kids 5-10 years old.