Epic Games has revealed the “Zero Crisis Story” cinematic for Fortnite Chapter 2 Season 6, which has launched and will last until June 7, 2021. You can watch the cinematic using the player below!

During the Zero Crisis finale, Agent Jones and The Foundation (one of the Seven) sealed the Zero Point in a tower of stone. As the Zero Point was being contained, it sent a mysterious pulse across the island, erasing any advanced technology in its path and reshaping the landscape of the island.

Untouched by modern technology, a Primal Biome spreads through the island. At its center is The Spire and the village that surrounds it.

Lurking in the shadow of The Spire, the wilderness has taken over the island’s locations, like colossal crops and boney burbs. If you venture to the edges of the Primal Biome, you’ll find Guardian Spires protected by mysterious forces.

In Fortnite Chapter 2 Season 6, you can make your tools using loot from wildlife and technology untouched by the pulse and craft your own weapons anywhere. Craft high-damage primal weapons like the primal rifle, high-precision familiar weapons like the revolver, and power bows like the flame and metal bow.

Wildlife abounds on the island, ranging from prey like chickens to vicious predatory wolves. Hunt or tame wildlife to not only live off the land but to gather materials for crafting. And through wolves may roam, the most fearsome predators have yet to hatch…

The Zero Point may not have destroyed the island, but some were preparing for that possibility. If you come across bunker chests, open them up for powerful weapons that can range from rare to legendary, like rocket launches.

As the season progresses, new advancements will arrive in the form of weapons and upgrades, like a new chonkers tire set to let you tear it up off-road.

Fortnite is Epic Games‘ free, always evolving, multiplayer game where you and your friends battle to be the last one standing in 100 PvP mode or collaborate to create your dream Fortnite world.

You can watch the Fortnite Chapter 2 Season 6 cinematic using the player below. 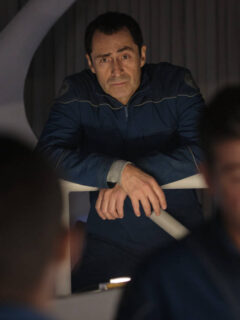 Previous
Let the Right One In Series Ordered by Showtime 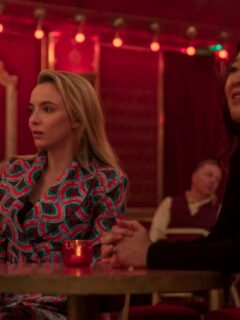 Next
Killing Eve Season 4 Will Be the Final Season at BBC America
Click here to cancel reply.
Disclaimer: This post may contain affiliate links through which we earn a commission if you decide to make a purchase, at no cost to you. As an Amazon Associate, we earn from qualifying purchases.
Get The FREE LEGO® Life Magazine! LEGO® Life Magazine is fun for kids 5-10 years old.