Hulu has revealed a first look at the Ilana Glazer thriller False Positive and announced that the film, from A24, will premiere on Friday, June 25 on Hulu. You can check out the first look photos below.

In False Positive, after months of trying and failing to get pregnant, Lucy (Ilana Glazer) and Adrian (Justin Theroux) finally find their dream fertility doctor in the illustrious Dr. Hindle (Pierce Brosnan).

But after becoming pregnant with a healthy baby girl, Lucy begins to notice something sinister through Hindle’s gleaming charm, and she sets out to uncover the unsettling truth about him, and her own “birth story.”  As if getting pregnant weren’t complicated enough…

Ilana Glazer is known for her work in the comedy series Broad City, as well as the film Rough Night and her debut stand-up comedy special, The Planet Is Burning. Justin Theroux is known for Mulholland Drive, The Spy Who Dumped Me, The Leftovers, Wanderlust and Lady and the Tramp.

Pierce Brosnan starred as James Bond in GoldenEye, Tomorrow Never Dies, The World Is Not Enough, and Die Another Day.

Also coming from Hulu is the SXSW official selection Sasquatch, from Duplass Brothers Productions and director Joshua Rofé. Sasquatch is a wild investigation into rumors of a bizarre twenty-five year old triple homicide said to be the work of a mythical creature.

The three-part Hulu Original documentary series premieres on Tuesday, April 20, only on Hulu. You can view the trailer, poster and more photos by scrolling down!

While visiting a pot farm in Northern California in 1993, investigative journalist David Holthouse heard a story that still haunts him: On a nearby farm three men were torn limb from limb in a savage Bigfoot attack.

Sasquatch follows David as he revisits the Redwoods 25 years later, in search of any evidence that might lead to the truth of what happened that night.

As he pulls at the threads of this story, he’ll be taken down a path that’s far more terrifying than anyone would have imagined. 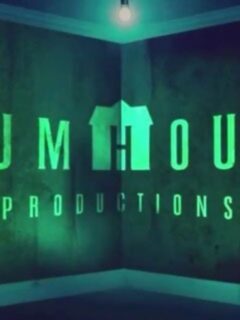 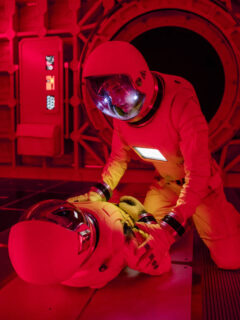 Next
Voyagers Trailer: Fear What's Inside
Click here to cancel reply.
Disclaimer: This post may contain affiliate links through which we earn a commission if you decide to make a purchase, at no cost to you. As an Amazon Associate, we earn from qualifying purchases.