Posted on Published: May 25, 2021 Categories Movies

In the Firestarter movie, a young girl develops pyrokinetic abilities and is abducted by a secret government agency that wants to harness her powerful gift as a weapon.

The new Firestarter movie is being directed by Keith Tomas (The Vigil) and the script was adapted by Scott Teems (Halloween Kills, Rectify).

Martha De Laurentiis, who was an associate producer on the 1984 adaptation of Firestarter starring Drew Barrymore, will executive produce.

The film is based on an adaptation of Stephen King’s classic sci-fi thriller novel Firestarter (check price at Amazon). King is a bestselling novelist who made his name in the horror and fantasy genres with books like Carrie, The Shining, and IT.

His books have sold more than 350 million copies worldwide and have been adapted into numerous blockbuster films and television properties.

The Firestarter novel is officially described as follows: “Andy could feel something building in the air, building up around Charlie like an electric charge. The hair on his arms suddenly began to stir and move, like kelp in an invisible tide.

“He looked down at her and saw her face, so small, now so strange. It’s coming, he thought helplessly. It’s coming, oh my God, it really is.”

“In 1969 Andy McGee and Vicky Tomlinson participated in a drug experiment run by a veiled government agency known as The Shop. One year later they marry. Two years after that their little girl, Charlie, sets her teddy bear on fire… by looking at it.

“Now that Charlie is eight, she doesn’t start fires anymore. Her parents have taught her to control her pyrokinesis, the ability to set anything–toys, clothes, even people–aflame.

“But The Shop knows about and wants this pigtailed ‘ultimate weapon.’ Shop agents set out to hunt down Charlie and her father in a ruthless and terrifying chase that ranges from the streets of New York to the backwoods of Vermont. And once they get her they plan to use Charlie’s capacity for love to force her into developing a power as horrifyingly destructive as it is seductive.

“What they don’t take into account is that even a child can know the pleasure of the whip hand and the satisfaction of revenge.” 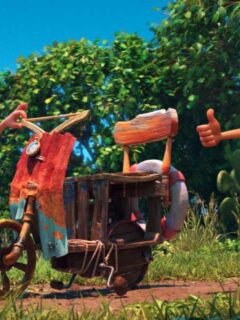 Previous
Learn All About Childhood Friendships in Disney and Pixar's Luca 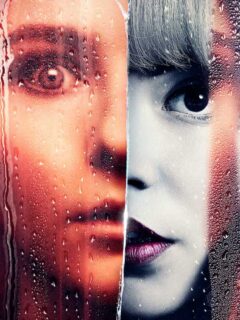 Next
Last Night in Soho Trailer Featuring McKenzie and Taylor-Joy!
Click here to cancel reply.
Disclaimer: This post may contain affiliate links through which we earn a commission if you decide to make a purchase, at no cost to you. As an Amazon Associate, we earn from qualifying purchases.
Amazon Prime Day 2021 is June 21 and 22! Click here for the deals.