Fighting with My Family Poster Released by MGM

Home » Fighting with My Family Poster Released by MGM

Metro Goldwyn Mayer Pictures has released the new Fighting with My Family poster, which you can view in the gallery below. The film stars Florence Pugh, Lena Headey, Nick Frost, Jack Lowden, Vince Vaughn, and Dwayne Johnson. Written and directed by Stephen Merchant, Fighting with My Family opens in Los Angeles and New York on February 14, 2019 and everywhere on February 22, 2019.

Based on a true story, Fighting with My Family follows reformed gangster Ricky, wife Julia, daughter Paige and son Zak as they make a living wrestling together in tiny venues. When Paige and Zak get the opportunity to try out for WWE, the family grabs a once-in-a-lifetime chance to turn their wildest dreams into a dazzling future. However, brother and sister quickly discover that to become superstars, both their talent and their relationship will be put to the test.

Fighting with My Family is a heartwarming and smart comedy that proves everything is worth fighting for when it comes to family. 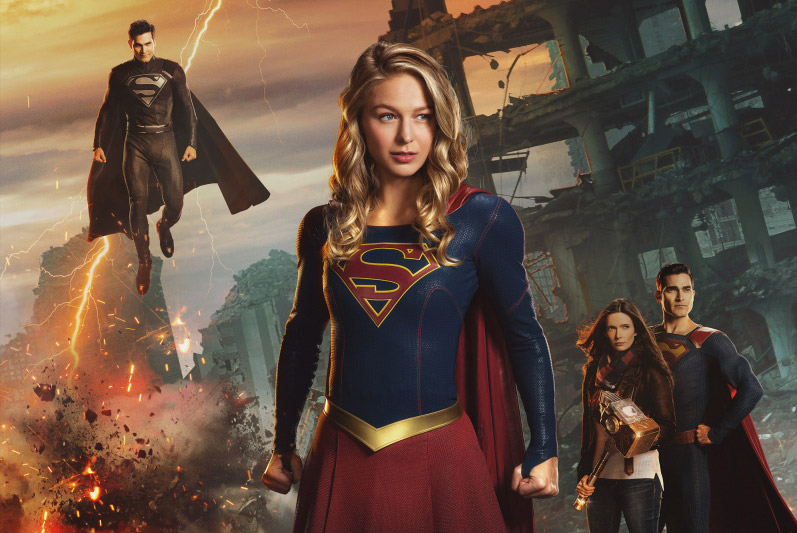 Next
Elseworlds Part 3 Recap: What Does It Take to be a Hero?
Click here to cancel reply.
Disclaimer: This post may contain affiliate links through which we earn a commission if you decide to make a purchase, at no cost to you. As an Amazon Associate, we earn from qualifying purchases.