This summer, HBO Max brings a “summer of unscripted” with a diverse and entertaining slate of reality and competition series including FBoy Island, a reality dating show with a twist, premiering Thursday, July 29.

“From introducing your next guilty pleasure with ‘FBoy Island’ to showcasing mind-blowing streetwear designs in ‘The Hype’ and spotlighting young people as they navigate life in Los Angeles with ‘Sweet Life: Los Angeles,’ these series each offer viewers a unique, authentic and incredibly entertaining experience.”

In FBoy Island, three women move to a tropical island where they’re joined by 24 men – 12 self-proclaimed “Nice Guys” looking for love, and 12 self-proclaimed “FBoys,” there to compete for cold, hard cash. The women will navigate the dating pool together with the hope of finding a lasting love connection.

By the finale, all will be revealed – who is a Nice Guy, who is an FBoy, and who the women ultimately choose. Hosted by hit comedian and actress Nikki Glaser, FBoy Island is a social experiment that asks the age-old question: Can FBoys truly reform or do Nice Guys always finish last?

FBoy Island is produced by STXalternative. The series concept was created by Elan Gale who is executive producing for TheYearOfElan Productions alongside Jason Goldberg for STXalternative, Ben Bitonti, Nikki Glaser and showrunner Sam Dean.

The Hype is a competition series set in the colliding worlds of streetwear, business and culture where fashion visionaries must elevate their designs and entrepreneurial sense to avoid elimination while remaining authentic to their style. The series features ten streetwear professionals who will compete in challenges to prove they can walk the walk and deliver the product.

Speedy Morman will host the eight-episode season, which will feature co-signers judging the competition, including Grammy-nominated recording artist and designer Offset, creative director and founder of Bephies Beauty Supply Bephie Birkett, and Emmy-nominated Costume Designer and renowned stylist Marni Senofonte. The panel of judges will critique the competing streetwear’s unique DNA, combining fashion, music, art and lifestyle to refine the idea of a “runway” and the balance between art and commerce.

Special guests appearing throughout the series include Cardi B, Wiz Khalifa, A$AP Ferg, Dapper Dan and Bobby Hundreds to name some. Every episode will offer unique tips and takeaways about the intricacies of designing, the business of fashion and the savvy to identify the latest trends, while also providing mentorship to the contestants.

Sweet Life: Los Angeles, from Emmy and Golden Globe nominee Issa Rae, gives an honest and unique look into what it means to be young, Black, and in constant pursuit of one’s dreams in the heart of South Los Angeles.

The series follows a group of ambitious childhood friends showcasing their relatable, authentic and sometimes stumbling mid-20s moments as they embrace the joy and struggles of adulthood, navigating love and family, and building their careers as tastemakers in the city where they grew up. 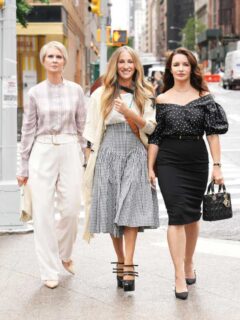 Previous
HBO Reveals And Just Like That... Photo, Scenes From a Marriage Teaser & More 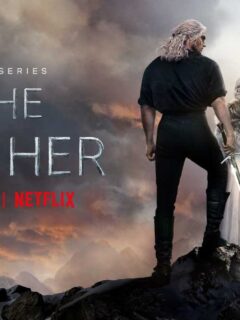 Next
The Witcher Season 2 Teaser, Premiere Date and More!
Click here to cancel reply.
Disclaimer: This post may contain affiliate links through which we earn a commission if you decide to make a purchase, at no cost to you. As an Amazon Associate, we earn from qualifying purchases.