Netflix announced that Season 2 of Emily in Paris began production today in Paris, St. Tropez and other locations in France.

The first season of the comedy, which stars Lily Collins and hails from creator, writer and executive producer Darren Star (Younger, Sex and the City), captivated members around the world. 58 million households around the world chose to watch Emily in Paris in its first 28 days, making it Netflix’s most popular comedy series of 2020.

“As an actor, an artist, and a creative, the most meaningful gift is to connect with people through your art in some way. It’s an honor to be associated with a project that provided people with some much-needed relief during a trying time when everyone was looking for a reason to smile and laugh,” said Lily Collins.

“Not only did playing Emily teach me more about myself, but also about the world around me. I couldn’t be happier to be back in Paris for Season 2 to expand upon those lessons, to continue to grow, and learn even more about this beautiful city and all of its character with Emily.”

Darren Star added: “From the beginning we always wanted to create this beautiful cinematic view of Paris. The timing of the series release was fortuitous for us as everyone around the world was able to become armchair travelers and live vicariously through our cast.

“We could not be more proud and are excited to bring more joy to our fans as we start production on Season 2.”

Emily in Paris follows Emily, an ambitious twenty-something marketing executive from Chicago, unexpectedly lands her dream job in Paris when her company acquires a French luxury marketing company — and she is tasked with revamping their social media strategy.

Emily’s new life in Paris is filled with intoxicating adventures and surprising challenges as she juggles winning over her work colleagues, making friends, and navigating new romances.

Emily in Paris is produced by MTV Studios, Darren Star Productions, and Jax Media. In addition to Star, Tony Hernandez and Lilly Burns of Jax Media, and Andrew Fleming serve as executive producers with Lily Collins also serving as producer on the series.

Check out clips from the Academy of Television Arts & Science panels with Al Roker, Lily Collins and Darren Star. Below, you’ll see the note below from Sylvie Grateau, Emily’s boss at the Savoir Agency in Paris, for the details on Emily’s latest assignment. 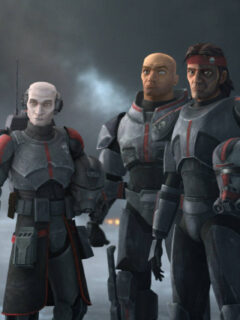 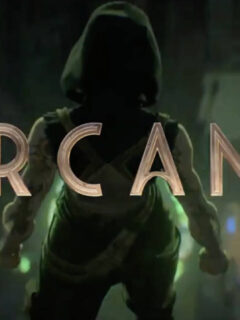 Next
League of Legends Series Arcane Coming to Netflix
Click here to cancel reply.
Disclaimer: This post may contain affiliate links through which we earn a commission if you decide to make a purchase, at no cost to you. As an Amazon Associate, we earn from qualifying purchases.