The Walt Disney Studios has released a new trailer for Jungle Cruise which is introduced by the heroic and fearless Skipper Frank himself: Dwayne Johnson!

The film is coming to both theaters and Disney+ with Premier Access on Friday, July 30, 2021.

What do you think about the new Jungle Cruise trailer? Are you going to watch the movie in theaters and/or on Disney+? Let us know your thoughts in the comments below. 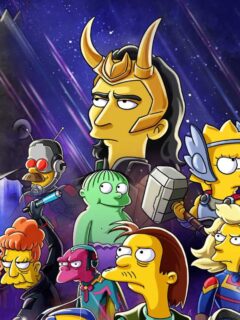 Previous
The Good, The Bart and The Loki: New Simpsons Disney+ Short

Next
Bill Pullman Recreates Independence Day Speech in Go Fourth, America
Click here to cancel reply.
Disclaimer: This post may contain affiliate links through which we earn a commission if you decide to make a purchase, at no cost to you. As an Amazon Associate, we earn from qualifying purchases.