Peacock has released the new trailer and key art for the Dr. Death series, debuting on the streaming service on Thursday, July 15, 2021.

All eight episodes of the limited drama series will drop on the service that day, it was announced at the Dr. Death series world premiere screening and panel at the Tribeca Festival last night.

Based on Wondery’s hit podcast, Dr. Death is inspired by the terrifying true story of Dr. Christopher Duntsch (Joshua Jackson), a rising star in the Dallas medical community. Young, charismatic and ostensibly brilliant, Dr. Duntsch was building a flourishing neurosurgery practice when everything suddenly changed.

Dr. Death explores the twisted mind of Dr. Duntsch and the failures of the system designed to protect the most defenseless among us.

The series explores the ‘why’ behind Dr. Duntsch’s horrendous operations, while revealing the broken healthcare system that allowed him to slip through the cracks. It celebrates everyday heroes, in this case, two fellow doctors, who went well beyond the call of duty to bring Duntsch to justice.

Dr. Death is executive produced by Patrick Macmanus (The Girl from Plainville) via his Littleton Road Productions banner, and under his overall deal with UCP, a division of Universal Studio Group. Macmanus also serves as showrunner.

What do you think about the trailer and key art? Are you going to watch the series? Let us know in the comments below. 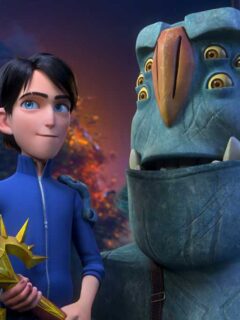 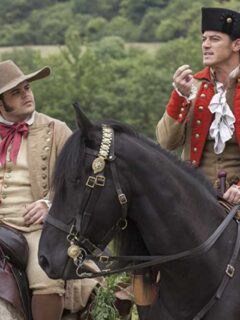 Next
Beauty and the Beast Series to Star Evans, Gad and Middleton
Click here to cancel reply.
Disclaimer: This post may contain affiliate links through which we earn a commission if you decide to make a purchase, at no cost to you. As an Amazon Associate, we earn from qualifying purchases.