The original principal cast will all once again return for the second film, which began production last week and is set to release Christmas 2021 on December 22, 2021.

In addition to the original cast, Hugh Dancy, Laura Haddock, Nathalie Baye and Dominic West will join the cast.

BAFTA and Emmy nominated director Simon Curtis (My Week with Marilyn) will join the filmmaking team to direct the sequel.

The initial film followed a Royal Visit to the Crawley family and Downton staff from the King and Queen of England and ended with a ball fitting for the Royal Family.

Gareth Neame, the film’s producer and executive chairman of Carnival Films, said: “After a very challenging year with so many of us separated from family and friends, it is a huge comfort to think that better times are ahead and that next Christmas we will be re-united with the much beloved characters of Downton Abbey.”

Focus Features chairman Peter Kujawski added: “There’s no place like home for the holidays, and we can’t imagine a better gift than getting to reunite with Julian, Gareth, and the entire Downton family in 2021 to bring the Crawley’s back home for their fans.”

Carnival Films is part of NBCUniversal International Studios, a division of Universal Studio Group. Led by executive chairman and producer Gareth Neame, the company is one of the UK’s leading drama producers, having produced hundreds of hours of compelling content viewed around the world.

Following the series, the first movie (buy at Amazon) was released in September 2019 and grossed $237.9 million worldwide, with $96.9 million coming from North American theaters and $96.9 million from international markets. The movie cost just $13 million to make.

Are you looking forward to Downton Abbey 2? Let us know what you think about the series and the first movie in the comments below! 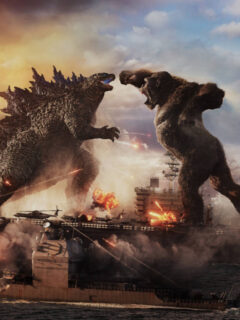 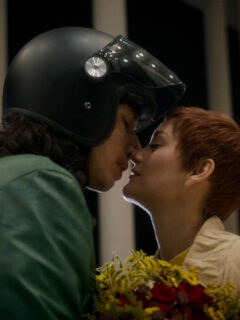 Next
Annette Opening Cannes and Then Coming to Prime Video
Click here to cancel reply.
Disclaimer: This post may contain affiliate links through which we earn a commission if you decide to make a purchase, at no cost to you. As an Amazon Associate, we earn from qualifying purchases.
BigScoots Hosting: The last host you'll ever need! Click for details.