The Walt Disney Company revealed the next steps in its global streaming expansion at its 2020 Disney Investor Day, with new details on the future of its direct-to-consumer services Disney+, Hulu and ESPN+, a first look at its upcoming international general entertainment content brand, Star, and previews of its slate of all-new content.

“The tremendous success we’ve achieved across our unique portfolio of streaming services, with more than 137 million subscriptions worldwide, has bolstered our confidence in our acceleration toward a DTC-first business model,” said Chapek. “With our amazing creative teams and our ever-growing collection of the high-quality branded entertainment that consumers want, we believe we are incredibly well positioned to achieve our long-term goals.”

During the Disney Investor Day presentation, the company announced that, as of December 2, its direct-to-consumer services have exceeded a total of 137 million global paid subscriptions, including 11.5 million ESPN+ subscribers, 38.8 million Hulu subscribers, and 86.8 million Disney+ subscribers since its launch in November 2019.

After greatly exceeding expectations, The Walt Disney Company shared guidance that it now expects its streaming services to hit 300-350 million total subscriptions by fiscal 2024, driven primarily by a significant increase in content output. Disney+ alone is targeting to release more than 100 titles per year.

Beginning March 26, 2021, Disney+ will be priced in the U.S. at $7.99 per month or $79.99 per year, while the Disney Bundle with Disney+, Hulu, and ESPN+ will be priced at $13.99 per month. A new agreement with Comcast was also announced, that will bring Disney+ and ESPN+ experiences to Comcast X1 set-top boxes and Flex platforms in the first quarter of 2021, joining Hulu which became available on these platforms in Spring 2020.

Additionally, Hulu customers will also be able to subscribe to ESPN+ within the Hulu user interface and access the ESPN+ lineup of sports programming there beginning in early 2021.

Building on the successful launch of Disney+ Hotstar in India and Indonesia, Disney shared new details for its international general entertainment content brand, Star, which will be included as part of Disney+ in select international markets, and launch as a separate streaming service in Latin America as Star+.

The Star brand will serve as home to thousands of hours of television and movies from Disney’s creative studios, including Disney Television Studios, FX, 20th Century Studios, 20th Television, and more, enhanced by the addition of local programming from the regions where available.

Star will launch in Europe and several other international markets on February 23, 2021 as a fully integrated part of Disney+, with its own branded tile and a new collection of renowned general entertainment series, movies, documentaries and more that will double the content catalog available to Disney+ subscribers. Disney+ will be updated globally to offer enhanced parental controls enabling the family-friendly experience parents expect, including the ability to set limits on access to content for specific profiles based on content ratings and the ability to add a PIN to lock profiles with access to mature content.

In Europe, the service will be priced at €8.99 per month or €89.99 per year, with a similar pricing adjustment in the other Star launch markets, including Australia, New Zealand, and Canada. The streaming service will continue its global rollout, now with Star, in new markets beginning with Singapore on February 23, 2021, followed by Eastern Europe, Hong Kong, Japan, and South Korea later in 2021.

In Latin America, to take advantage of the region’s portfolio of live sporting events, the company will launch Star+ as a standalone streaming service. Star+ brings together an unrivaled Star content collection, local original productions, and an array of live sports from ESPN, including top soccer leagues, grand slam tennis, and more.

In addition, it was announced that Walt Disney Animation Studios’ Raya and the Last Dragon will be available on Disney+ with Premier Access in most Disney+ markets, at the same time as it is released in theaters, on March 5, 2021. Premier Access for the title will be priced at $29.99. Internationally, many upcoming original titles from Disney Television Studios, FX and 20th Century Studios will also premiere on Disney+ as Star Originals.

“This incredible slate of new original content reflects our continuing commitment to harness the resources and immense creativity across our company to bring audiences extraordinary entertainment experiences unlike anything else in the market,” Iger said.

“We’re proud that the unparalleled quality of our storytelling from our iconic brands remains evident across all distribution platforms, from movie theaters to our direct-to-consumer services.”

Disney Television Studios shared a look at some of the high profile family entertainment series in development for Disney+, including two projects inspired by Disney properties: Beauty and the Beast (working title), starring Luke Evans and Josh Gad with new music composed by Alan Menken; and Swiss Family Robinson, which is a reimagining of the classic from Ron Moore and Jon M. Chu.

The studio is also developing Percy Jackson and the Olympians based on the bestselling book series by Rick Riordan from Disney Publishing Worldwide.

The studio also announced the new documentary film Cousteau, which will debut in theatres before coming to Disney+ alongside new documentary series Secrets of the Whales, A Real Bug’s Life, and America the Beautiful.

The Kardashian Jenners will create new global content under a multi-year deal, to stream exclusively on Hulu in the U.S. and internationally on Star, with an expected debut in late 2021. Also premiering on Hulu and Star next year are the premium series Only Murders in the Building, The Dropout, and Dopesick.

In 2021, the slate of FX originals, which includes The Old Man, American Horror Stories, Platform, Reservation Dogs, and Y: The Last Man will be available on Hulu in the U.S. and Star in multiple international markets.

Hulu’s award-winning, hit drama series, The Handmaid’s Tale, has been renewed for a fifth season ahead of its season four premiere and Nine Perfect Strangers, starring and executive produced by Nicole Kidman along with David E. Kelley, will debut next year.

In addition to Hulu in the U.S., the FX premium content brand will bring its library of award-winning content and exclusive new originals to Star around the world. FX has ordered four additional seasons of It’s Always Sunny in Philadelphia for the linear channel, FX on Hulu, and Star, smashing the record for longest running live-action sitcom in television history. The group announced it is developing the first series adaptation of the science-fiction horror classic Alien and is in advanced talks for a two-season order of The Stones, a drama series about the world’s greatest and most enduring rock ‘n roll band, The Rolling Stones. FX will also embark on one of its most sweeping, sophisticated and adult series with the retelling of James Clavell’s beloved epic saga, Shōgun, set within feudal Japan.

Lucasfilm announced an impressive number of exciting Disney+ series and new feature films destined to expand the Star Wars galaxy like never before. Among the projects for Disney+ are Obi-Wan Kenobi, starring Ewan McGregor with Hayden Christensen returning as Darth Vader, and two series set in The Mandalorian era from Jon Favreau and Dave Filoni: Rangers of the New Republic and Ahsoka, a series featuring the fan favorite character Ahsoka Tano.

Additional new titles announced for Disney+ include Andor, Star Wars: The Bad Batch, Star Wars: Visions, Lando, The Acolyte, and A Droid Story. The studio is also revisiting Willow in a new series with Warwick Davis returning in the title role.

The next feature film in the Star Wars franchise, releasing in December 2023, will be Rogue Squadron, which will be directed by Patty Jenkins of the Wonder Woman franchise.

The next installment of the Indiana Jones franchise directed by James Mangold, a Star Wars feature film by writer/director Taika Waititi and Children of Blood & Bone, based on Tomi Adeyemi’s New York Times bestselling novel, round out the feature-film slate.

For Disney+, the studio unveiled a star-studded lineup of original movies and officially confirmed it will produce Hocus Pocus 2, reboots of Three Men and a Baby with Zac Efron and Cheaper by the Dozen with Kenya Barris and Gabrielle Union, and a new Sister Act film starring Whoopi Goldberg, who is on board as a producer with Tyler Perry.

The studio also previewed its slate of feature films including Jungle Cruise; Cruella; a prequel to The Lion King; and The Little Mermaid.

CLICK HERE TO VIEW ALL THE WALT DISNEY STUDIOS ANNOUNCEMENTS >>

Walt Disney Animation Studios made several announcements today, highlighting the upcoming feature film Encanto, which includes new songs by Emmy, GRAMMY and Tony Award winner Lin-Manuel Miranda and is slated for theaters in November 2021. The studio also revealed that Raya and the Last Dragon will debut simultaneously on Disney+ Premier Access and in theatres in March 2021.

Marking the first animated series produced by WDAS, the studio also revealed several new series for Disney+ including Baymax, Zootopia+, Tiana and Moana, The Series, as well as Iwájú, which will be produced in collaboration with the Pan-African comic book entertainment company Kugali.

CLICK HERE TO VIEW ALL THE DISNEY ANIMATION ANNOUNCEMENTS >>

Pixar Animation Studios revealed its upcoming slate of original series for Disney+ and feature films. Among the titles are Pixar’s first-ever long-form animated series Win or Lose, which debuts exclusively on Disney+ in Fall 2023, and two brand-new feature films slated for theaters in 2022, Academy Award-winning director Domee Shi’s Turning Red, and Lightyear, the definitive origin story of the hero that inspired the toy. Chris Evans will voice the hero on his journey to becoming the most famous Space Ranger ever. Slated for theaters next summer is the original feature film Luca.

Additional details were shared about new Disney+ series, including Inside Pixar, Pixar Popcorn, Dug Days, and Cars, as well as the upcoming feature film Soul and short Burrow – both debuting on Disney+ on December 25, 2020.

Marvel Studios shared plans for the expansion and future of the Marvel Cinematic Universe, revealing details about upcoming content for both Disney+ and theaters.

These will join the studios robust lineup of Disney+ titles including WandaVision, The Falcon and The Winter Soldier, and Loki; the animated series What If…?; Ms. Marvel; Hawkeye, with Hailee Steinfeld joining Jeremy Renner in the series; She-Hulk, starring Tatiana Maslany in the title role alongside co-stars Mark Ruffalo and Tim Roth; Moon Knight; Guardians of the Galaxy Holiday Special; and a series of original shorts, I Am Groot, featuring everyone’s favorite baby tree.

Included in a host of new feature film reveals were Ant-Man and the Wasp: Quantumania, the third feature in the Ant-Man franchise, and Fantastic Four, which introduces Marvel’s most iconic family.

CLICK HERE TO VIEW ALL THE MARVEL STUDIOS ANNOUNCEMENTS >>

ESPN+, which now reaches more than 11.5 million U.S. subscribers, will also launch several new original series and studio shows in the coming months. Peyton’s Places, the Emmy-nominated series currently in its second season on ESPN+, will return for a third season (Fall 2021) and expand to other sports – with some of the most engaging names in sports fronting their own versions of the series, including Abby Wambach (soccer), Ronda Rousey (combat sports), David Ortiz (baseball), and Peyton’s brother, Eli Manning (college football).

ESPN+ will also launch Stephen A’s World, a new, original program featuring the insights and opinions of one-of-a-kind personality Stephen A. Smith in January. Man in the Arena: Tom Brady, the nine-part documentary series coming to ESPN+, is built around Tom Brady’s never-before-seen, first-hand accounts of the journey to each of his nine Super Bowls.

Plus, a newly reimagined version of SportsNation will return weekday mornings, beginning in January, exclusively on ESPN+. 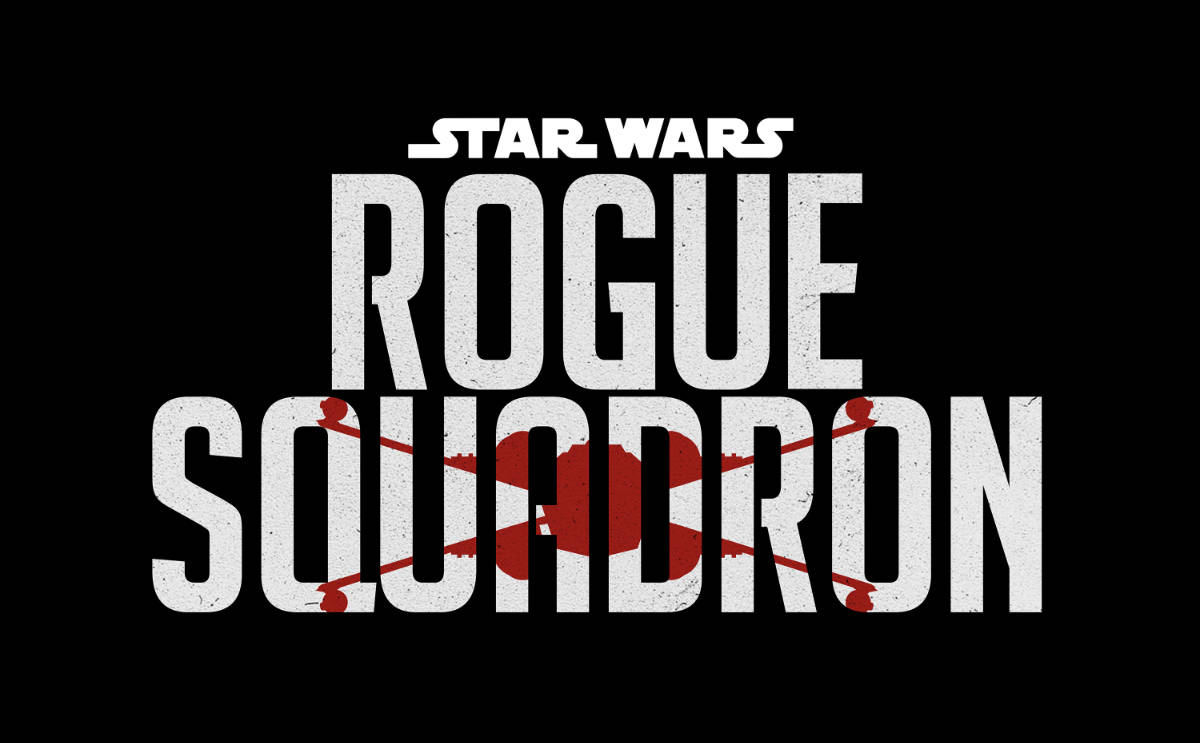 Next
Star Wars Thrills: Rogue Squadron and New Disney+ Series!
Click here to cancel reply.
Disclaimer: This post may contain affiliate links through which we earn a commission if you decide to make a purchase, at no cost to you. As an Amazon Associate, we earn from qualifying purchases.
BigScoots Hosting: The last host you'll ever need! Click for details.