Discovery has announced the discovery+ June 2021 premieres. discovery+ is the non-fiction, real-life subscription streaming service that launched on January 4, 2021.

The discovery+ June 2021 lineup features titles across genres, including Pushing the Line, focusing on the extremes of a high intensity sport, true crime series Relentless, which documents a filmmaker and her involvement in the case of a missing young woman, as well as Too Large, following seven 400- to 800-pound people on a weight loss journey that will change their lives forever.

Additionally, discovery+ is premiering new series with names such as Bryan and Michael Voltaggio in Battle of the Brothers and Michelle Buteau in Weekend Getaway with Michelle Buteau, executive produced by Queen Latifah.

In the U.S., discovery+ offers more than 55,000 episodes all in one place, with over 2,500 current and classic shows from Discovery’s iconic portfolio of networks, including HGTV, Food Network, TLC, ID, OWN, Travel Channel, Discovery Channel and Animal Planet.

discovery+ features a partnership with Verizon that gives their customers with select plans up to 12 months of discovery+ on Verizon. discovery+ is also available on platforms and devices from Amazon, Apple, Google, Microsoft, Roku and Samsung.

You can view the full list of discovery+ June 2021 premieres below in each genre.

Pushing the Line – Saturday, June 5
What is it like to walk on a line, hundreds of feet above the ground, on a one-inch rope that’s thinner than your belt? Highlining is the coolest sport that you’ve never heard of…until now. This all-new series follows the top highliners and the up-and-comers of the sport, who live together and push each other to take on the craziest places to set lines and break records. While what they do on the line is wild, their life together off the line can be crazier.

Relentless – Monday, June 28
When 21-year-old Christina Whittaker disappeared in the small town of Hannibal, MO, a frantic search immediately ensued. Eight months later, filmmaker Christina Fontana met Whittaker’s mother when filming a documentary about the families of missing persons. Little did Fontana know, this one case would lead her down a dark path full of conspiracies, betrayals, suicide and murder. Using more than 400 hours of footage from field investigations and video diaries filmed over 11 years, this documentary follows not only a complex search for a missing person, but the journey of a filmmaker who becomes dangerously ensnared by the story she’s documenting.

Budget Battle – Thursday, June 3
Host Casey Webb presides as four gourmet chefs go head-to-head creating world-class meals, but there’s a catch: they have to buy their ingredients on a shoestring budget. Thrown into the deep end of the culinary pool, the competitors must shop strategically and out-cook their opponents. Fortune favors the frugal, but flavor reigns supreme as they transform everyday ingredients into five-star meals on a home cook’s budget.

Battle of the Brothers – Thursday, June 17
In the ultimate case of sibling rivalry, Battle of the Brothers pits Bryan and Michael Voltaggio against one another as they each lead a team of aspiring chefs through a culinary gauntlet designed to impart the wisdom earned over a lifetime in the restaurant industry. Only one chef will win the priceless opportunity to take the keys of one of the Voltaggio restaurants in a guest-chef takeover to introduce their own vision and put their name on the map.

Too Large – Wednesday, June 2
Too Large introduces viewers to cases of dire obesity with oversized personalities to match. Seven desperate hopefuls, each weighing between 400-lbs and 800-lbs, seek the help of renowned bariatric surgeon Dr. Charles Procter, as they attempt to lose weight and change their lives forever. Each episode will follow a new case, culminating in either the success or setback of their weight loss journey.

Weekend Getaway with Michelle Buteau – Thursday, June 10
Michelle Buteau is a hilarious comedian, talented actor, accomplished author, and loving wife and mother of twin toddlers – and she hasn’t had a moment to herself in years. In Weekend Getaway with Michelle Buteau, executive produced by Queen Latifah, she takes a break from home life and hits the road for a few weekends of much-deserved fun, food and wild times with her comedian pals. In each episode, Michelle and a friend take a no-judgment, potentially debaucherous journey to locales across the country, from the gulf coast of Mississippi with Tig Notaro to New Orleans with Sasheer Zamata to Malibu with Chelsea Peretti.

90 Day Journey: Pride Month – Sunday, June 6
90 Day Journey is a one-stop place to watch 90 Day couples’ love stories from the beginning to present day. Each curated miniseries is made up of every scene that a couple has appeared in across all of the shows in the 90 Day universe, giving fans the opportunity to watch each pair’s story from the start. New episodes include fan favorite storylines for 90 Day couples Kenny and Armando and Stephanie and Erika.

90 Day Diaries – Sunday, June 13
90 Day Diaries is an intimate look into the lives of our couples, told from their perspective. Without producers or crew, the cast members film themselves in their day-to-day lives as they continue to navigate life and all of the new challenges it brings to their relationships.

The House My Wedding Bought – Wednesday, June 16
Designer and real estate expert Breegan Jane (Extreme Makeover: Home Edition) will help engaged couples tackle two of life’s biggest decisions in the new discovery+ series The House My Wedding Bought. The series follows Breegan as she helps couples on a budget who want to pay for a dream wedding and put a down payment on a house. During the series, Breegan and her clients tour wedding venues and potential homes at different price points to help determine the smartest way to divvy up the budget and get the best of both worlds.

Chasing the Thunder – Tuesday, June 8
Chasing the Thunder, a real-life eco-thriller, propels audiences to the edge of a vast frontier to witness an epic 110-day high seas adrenaline chase across three oceans and two seas. Sea Shepherd crews and two fearless captains track down ocean criminals on the notorious poaching vessel the “Thunder” and prove conviction and resilience can do what many unenforced laws cannot – protect the world for marine life and ocean conservation.

My Name is Bulger – Thursday, June 17
My Name is Bulger weaves its way through the stories of Boston gangster James ‘Whitey’ Bulger and his brother Bill Bulger who served as State Senate President in Massachusetts for nearly 20 years. The film strips away the hysteria of news headlines to tell the story of a unique American family who crave to be judged for who they are and what they’ve done, not what their infamous relative did.

Yellowstone Super Volcano: The Next Pompeii – Thursday, June 24
Hidden seven miles below Yellowstone, America’s most famous National Park, lies an unseen terror, a time-bomb bigger than 1,000 Hiroshima bombs: the supervolcano. A natural fiery monster building up to its next eruption, when it blows it will be a modern Pompeii and the biggest natural disaster ever to hit the modern world. This supervolcano is a danger waiting to explode, and it’s not the only one on the planet. NASA races to try to beat this natural killer, using the very latest science.

Secret Islands of the Pacific – Tuesday, June 8
Embark on a visual journey through the lens of photographer and filmmaker Ian Shive to experience the remote and protected Pacific coral atolls islands, where few have had the opportunity to explore. In this magical tour of these remote, tropical waters, you’ll swim and soar through an exotic immersion into one of our planet’s most exotic and beautiful habitats. 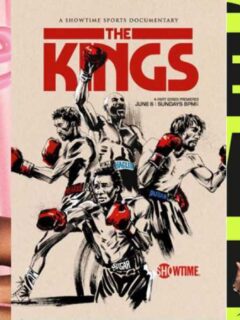 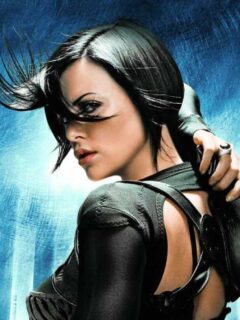 Next
Plex June 2021 Movie Titles Announced
Click here to cancel reply.
Disclaimer: This post may contain affiliate links through which we earn a commission if you decide to make a purchase, at no cost to you. As an Amazon Associate, we earn from qualifying purchases.
Amazon Prime Day 2021 is June 21 and 22! Click here for the deals.