Demonic Trailer From Neill Blomkamp, Who Has Joined Gunzilla Games

IFC Midnight has revealed the official trailer for Demonic, the new horror thriller written and directed by Neill Blomkamp. The film will be released in theaters and on VOD August 20, 2021

On the same day as the trailer’s release, it was also announced that Blomkamp has joined Gunzilla Games as Chief Visionary Officer.

Blomkamp first earned critical acclaim across the board for his debut feature and sci-fi allegory on immigration, District 9, before going on to further success with such films as Elysium and Chappie.

In Demonic, a young woman unleashes terrifying demons when supernatural forces at the root of a decades old rift between mother and daughter are ruthlessly revealed.

Arianna Bocco, President of IFC Films said, “Neil Blomkamp exploded onto the filmmaking scene with District 9 and has made his mark by creating films that challenge and subvert the genre. It’s exciting to work together on this highly anticipated new vision, and be immersed in yet another world terrifyingly similar to our own.”

Said AGC Chairman and CEO Ford, “IFC Midnight is an ideal brand for Neill’s first foray into supernatural terror to be released theatrically and in other media and we’re very confident in the job that Arianna and her team are going to do.”

Gunzilla Games is a video game developer established to create the next evolution of multiplayer AAA shooters with a strong emphasis on narration. Neill Blomkamp is joining the company to define the in-game vision of an yet unannounced multiplayer AAA shooter title for PlayStation 5, Xbox Series X|S and PC, that Gunzilla is developing in its offices in Frankfurt, Germany (HQ); Los Angeles, USA; and Kyiv, Ukraine.

“Gunzilla has a strong vision that clearly stands out. With a team of incredible talents and long-time industry veterans, it is creating a new, exciting multiplayer AAA shooter game that pushes the boundaries of gameplay, player freedom, customization options as well as narrative experience within the shooter genre,” said Blomkamp.

“My own big screen film experience will hopefully help shape new ways of interactive storytelling and next-generation visuals. And by making best use of everything today’s video game development technologies have on offer we will jointly create an immersive experience like we’ve never seen before.”

“As Chief Visionary Officer, Neill will be a key member of our team. Adding the perspective of filmmaking to video game development brings interactive entertainment to the next level. We all share the same vision, and Neill is the perfect completion to the narrative and visual art lead roles in our team,” added Vlad Korolev, CEO and co-founder of Gunzilla Games.

“We are extremely proud that he is joining us – while we are creating our own universe, some of our inspiration originates in his works. We always hoped we can add a bit of his magic to our game – now this is happening. The team have been working hard on pre-production over the past year – having Neill joining us at this stage is bringing us closer to fulfilling our mission of delivering the next evolution of shooter games.” 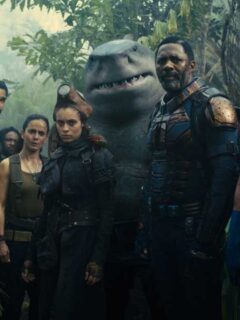 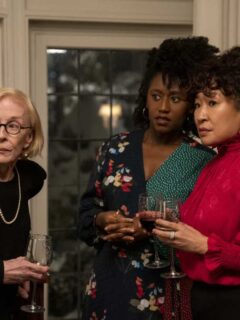 Next
The Chair Trailer Featuring The Linda Lindas' Oh!
Click here to cancel reply.
Disclaimer: This post may contain affiliate links through which we earn a commission if you decide to make a purchase, at no cost to you. As an Amazon Associate, we earn from qualifying purchases.