Funimation’s Demon Slayer: Mugen Train swapped places this weekend with Mortal Kombat to top the box office with $6.4 million, for a two-week total of $34.1 million.

Demon Slayer: Mugen Train opened in October 2020 in Japan and has grossed over $400 million globally. The movie is now the highest-grossing anime and Japanese film (animated or live action) of all time.

Set after the events of the television series, Demon Slayer -Kimetsu no Yaiba- The Movie: Mugen Train has Tanjiro, Nezuko, Zenitsu, and Inosuke embark on a new mission. Together with one of the most powerful swordsmen of the Demon Slayer Corps, Flame Hashira Kyojuro Rengoku, they investigate the mysterious disappearance of over 40 people aboard the Mugen Train.

The Demon Slayer: Kimetsu no Yaiba anime series premiered in 2019 and is based on Koyoharu Gotoge’s manga, which boasts over 150 million copies in circulation in Japan. Demon Slayer: Kimetsu no Yaiba is an action-packed, thrilling tale of a young man in search of a cure for his sister, who has been turned into a demon after their family is viciously slaughtered by demons.

Together with a captivating story and distinct visual aesthetic by studio ufotable, Demon Slayer: Kimetsu no Yaiba offers a glimpse into Japan in the early 1900s, which is inhabited by demons and those that vow to slay them.

Dropping a spot to second was Warner Bros. Pictures’ Mortal Kombat, which added $6.2 million its second weekend and has earned $34.1 million in North America. Internationally, the movie has brought in $32.8 million for a worldwide total of $66.9 million. Mortal Kombat is also streaming on HBO Max for 31 days from theatrical release.

Warner Bros.’ Godzilla vs. Kong remained in third place with $2.7 million and has grossed $90.3 million in North America after five weeks. The film has also collected $325.1 million overseas, for a global total of $415.4 million (with $185.5 million coming from China).

Open Road Films’ new horror movie Separation opened in the fourth spot with an estimated $1.8 million from 1,751 theaters. The film averaged $1,045 per location.

Again rounding out the top five was Disney’s Raya and the Last Dragon, which grossed $1.3 million and has made $41.6 million after nine weeks at domestic theaters. The movie is also available to watch on Disney+ with Premier Access. 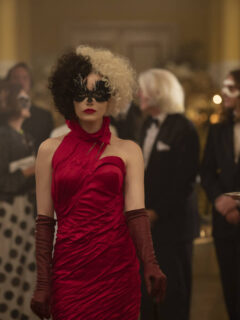 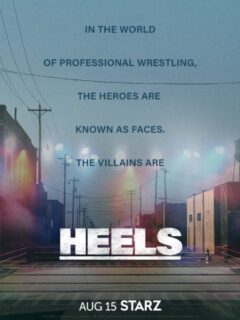 Next
Heels Teaser Trailer and Key Art Revealed by Starz
Click here to cancel reply.
Disclaimer: This post may contain affiliate links through which we earn a commission if you decide to make a purchase, at no cost to you. As an Amazon Associate, we earn from qualifying purchases.