Peacock, Dale Earnhardt Jr., and Dirty Mo Media will be bringing the fan-favorite and Peacock original Lost Speedways back for a second season this summer.

Lost Speedways explores historically significant and visually stunning racetracks that are now abandoned, dormant or in decay. Dale Jr. and his team take viewers along for the ride as they explore deserted tracks, search for artifacts and solve unanswered questions at venues all across the country.

“It’s my privilege to announce ‘Lost Speedways’ is back for a second season on Peacock,” said host and executive producer, Dale Earnhardt. Jr.

He added: “The fan response from season 1 was too overwhelming to stop. Our goal for season 2 was to broaden our footprint. We did that with trips into New England, Texas, West Virginia and Florida. This new run of episodes features amazing tracks, incredible stories and legendary racers. My Dirty Mo Media crew did an outstanding job capturing the essence of these old speedways, and I had a blast exploring them.”

All episodes of Lost Speedways season 1 are currently streaming on Peacock with season 2 dropping this summer.

Created and hosted by Dale Earnhardt Jr. (Dale Jr. Download), this series is an exploratory look at great racing cathedrals of the past. Dale Jr. and co-host Matthew Dillner (Dale Jr. Download) tell the stories of speedways that have been forgotten, abandoned, and overtaken by nature. Racing legends join as guests throughout the series.

Lost Speedways is produced by Peacock and Dirty Mo Media, with support from NBC Sports.

The full podcast drops tonight night on DirtyMoMedia.com and all major podcast platforms. It will also air on NBC Sports Network this Thursday. 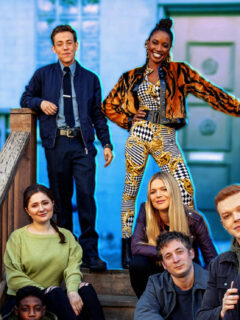 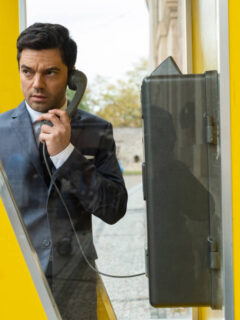 Next
Spy City Trailer Featuring Dominic Cooper
Click here to cancel reply.
Disclaimer: This post may contain affiliate links through which we earn a commission if you decide to make a purchase, at no cost to you. As an Amazon Associate, we earn from qualifying purchases.
Get The FREE LEGO® Life Magazine! LEGO® Life Magazine is fun for kids 5-10 years old.