You can experience the film, directed by Craig Gillespie, in theaters on Friday, May 28. The Cruella movie will also be available on Disney+ with Premier Access for a one-time additional fee.

The Cruella movie is about the rebellious early days of one of cinemas most notorious — and notoriously fashionable — villains, the legendary Cruella de Vil.

Cruella, which is set in 1970s London amidst the punk rock revolution, follows a young grifter named Estella (Emma Stone), a clever and creative girl determined to make a name for herself with her designs.

She befriends a pair of young thieves who appreciate her appetite for mischief, and together they are able to build a life for themselves on the London streets.

Two-time Oscar-winning costume designer Jenny Beavan (Mad Max: Fury Road, A Room with a View) created the dazzling and imaginative costumes, which take on a life of their own. 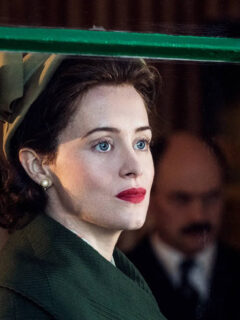 Next
Making the Cut Season 2 Designers Revealed
Click here to cancel reply.
Disclaimer: This post may contain affiliate links through which we earn a commission if you decide to make a purchase, at no cost to you. As an Amazon Associate, we earn from qualifying purchases.
Amazon Prime Day 2021 is June 21 and 22! Click here for the deals.