Crackle Plus has announced the Crackle May 2021 movies and TV titles. Crackle’s mix of blockbusters, indies, classic TV, and exclusive and original content is always free.

Crackle linear and VOD networks are available in the U.S. and can be accessed on up to 27 devices and services by the end of the year.

The Crackle May 2021 lineup will also be available in approximately 500,000 hotel rooms in the Marriott Bonvoy chain.

Bel Canto (May 1)
Based on the best-selling novel. A famous opera singer (Julianne Moore) is held hostage in South America by a guerrilla rebel group after performing at a Japanese businessman’s (Ken Watanabe) lavish birthday party. Unexpected bonds are forged in the standoff that ensues.

The Legend of Hercules (May 1)
The origin story of the mythical Greek hero. Betrayed by his stepfather, the King, and exiled and sold into slavery because of a forbidden love, Hercules must use his formidable powers to fight his way back to his rightful kingdom.

War (2007) (May 1)
An FBI Agent (Jason Statham) seeks vengeance on a mysterious assassin known as “Rogue” (Jet Li) who murdered his partner.

Going From Broke Season 2 (May 20)
From Chicken Soup for the Soul Entertainment and Executive Producer Ashton Kutcher comes season 2 of Going From Broke, a Webby Award-winning unscripted series focused on empowering people to overcome their crippling financial struggles. People are graduating from college with mounds of student and other debt and a shrinking pool of employment opportunities at their disposal. What makes matters worse is they lack the basic financial literacy to get themselves out of trouble. Going From Broke host Dan Rosensweig, CEO of Chegg, and financial expert Tonya Rapley work with young people to become the CEO of their own lives.

Family Movie Night Presented By State Farm
Round up the kids, grab some snacks, cuddle up on the couch and watch some of the most beloved titles in entertainment history. Spend some quality time together enjoying such classics as The Little Prince, Where the Red Fern Grows, Black Beauty, and The Illusionist.

Heroes & Legends
Unsheathe your weapon and stand opposed to the forces of darkness as you enjoy these swashbuckling sword and sorcery flicks! Conjure up two-fisted action and adventure with such films as The Legend of Hercules, Legends of King Arthur, Robert the Bruce, and Merlin.

High Tea With Mum
Remember your p’s and q’s with your pinkies out as you and your mum toss down your piping hot earl grey and watch these fantastic UK classics. Sip not slurp such intriguing titles as The Prince and Me, Doc Martin, Bridget Jones’s Baby, and Bride & Prejudice.

History Lovers
With this carefully curated gathering of some of the most interesting battlefield documentaries and films you not only learn about the history of war, you live it! Watch titles such as Hitler’s Secret Weapons, Gallipoli, Unsolved Mysteries of World War II, and Outwitting Hitler.

You’re Living Dead to Me
Put a little scream into your spring with some of the most chilling films in the highest horror tradition. Have the time of your after-life with these zombie classics Train to Busan, Crackle original The Clearing, The Wailing, and Day of the Dead.

Davey & Goliath (May 1)
In this classic stop-action animated series (created by Art Clokey, of Gumby and Pokey fame) young Davey Hansen and his best friend (and dog) Goliath have suburban adventures and learn valuable lessons together.

Heartland (May 1)
A multi-generational saga set in Alberta, Canada and centered on a family getting through life together in both happy and trying times.

Intensive Care (May 1)
Three low-life criminals plan to rob an elderly woman’s home, but her caregiver turns out to be a former special ops agent with an agenda of her own.

Lara Croft Tomb Raider 2: The Cradle of Life (May 1)
Adventurer Lara Croft (Angelina Jolie) goes on a quest to save the mythical Pandora’s Box, before an evil scientist finds it, and recruits a former Marine turned mercenary to assist her.

Lemony Snicket’s A Series of Unfortunate Events (May 1)
When a massive fire kills their parents, three children are delivered to the custody of cousin and stage actor Count Olaf (Jim Carrey), who is secretly plotting to steal their parents’ vast fortune.

Tony N’ Tina’s Wedding (May 1)
Starring Mila Kunis and based on the hit play comes a comedy about two Italian families from different sides of the tracks coming together for one wild wedding.

Mothers and Daughters (May 9)
Photographer Rigby Gray captures uplifting stories of motherhood, inspiring a decision even she wouldn’t expect.

ADDITIONAL NEW MOVIES IN MAY

A League of Ordinary Gentlemen

Battle Of Shaker Heights, The

Beavis And Butt-Head Do America

Dr. Wai: The Scripture With No Words

Generation A: Portraits Of Autism And The Arts

George A. Romero’s Survival of the Dead

Invasion Of The Body Snatchers

John Dies At the End

Page One: Inside the New York Times

The First Monday in May

The Legend of Hercules

The Oxford Murders (May 20)

Waking Up In Reno

An Angel For May (Season One, 4 episodes)

Death In Their Hands: Small Arms And Personal Weapons In Warfare (Season One, 6 episodes)

Under Siege (Season One, 6 episodes) 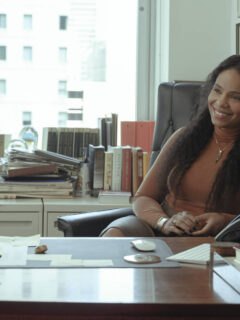 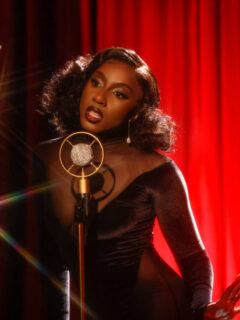 Next
Showtime May 2021 Movies and TV Titles Announced
Click here to cancel reply.