Cinderella Teaser and The Wheel of Time Title Treatment Debut

Kay Cannon’s Cinderella, featuring an all-star cast including GRAMMY-nominated singer/songwriter Camila Cabello, Idina Menzel and Billy Porter, will launch exclusively around the world in over 240 countries and territories on Amazon Prime Video this September.

“Cinderella is a classic we all know and love, but this time with a modern unique twist and starring the sensational Camila Cabello and an all-star cast,” said Jennifer Salke, Head of Amazon Studios, previously. “Producer James Corden and the filmmaking team have taken this beloved fairytale and revamped it with a fresh, empowering perspective that will resonate with audiences and families around the world.

“We couldn’t be more excited for our global customers to sing and dance along to director Kay Cannon’s reimagination of this classic story.”

Cinderella is a musically-driven bold new take on the traditional story you grew up with. Our heroine (Cabello) is an ambitious young woman, whose dreams are bigger than the world will allow, but with the help of her Fab G (Billy Porter), she is able to persevere and make her dreams come true.

Written for the screen and directed by Kay Cannon with covers of songs written by some of the top-selling musical artists of all time, Cinderella has an all-star cast that includes Idina Menzel, Minnie Driver, Nicholas Galitzine, with Billy Porter and Pierce Brosnan.

Amazon has also debuted a first look at the title treatment for The Wheel of Time, the upcoming fantasy series is based on Robert Jordan’s series of best-selling novels (buy at Amazon). The series, which recently wrapped production on Season 1, has already been renewed for a second season.

Both seasons, co-produced by Amazon Studios and Sony Pictures Television, will exclusively stream on Amazon Prime Video in more than 240 countries and territories worldwide.

The Wheel of Time is one of the most popular and enduring fantasy series of all-time, with over 90 million books sold. Set in a sprawling, epic world where magic exists and only certain women are allowed to access it, the story follows Moiraine, a member of the incredibly powerful all-female organization called the Aes Sedai, as she arrives in the small town of Two Rivers.

There, she embarks on a dangerous, world-spanning journey with five young men and women, one of whom is prophesied to be the Dragon Reborn, who will either save or destroy humanity. The Wheel of Time was adapted for television by executive producer/showrunner Rafe Judkins (Marvel’s Agents of S.H.I.E.L.D., Hemlock Grove).

Rosamund Pike will serve as producer and Harriet McDougal and Brandon Sanderson as consulting producers. The Wheel of Time is co-produced by Amazon Studios and Sony Pictures Television. 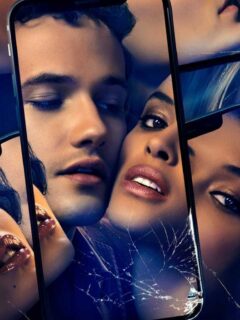 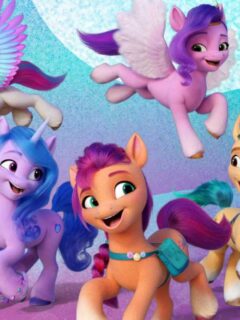 Next
My Little Pony Cast, The Chair & Fear Street Opening Scenes Revealed
Click here to cancel reply.
Disclaimer: This post may contain affiliate links through which we earn a commission if you decide to make a purchase, at no cost to you. As an Amazon Associate, we earn from qualifying purchases.