Chris Noth to Return as Mr. Big in And Just Like That…

Home » Chris Noth to Return as Mr. Big in And Just Like That…

Chris Noth will reprise the role of Mr. Big in the HBO Max Original series And Just Like That…, the streaming service announced today.

In addition to Sarah Jessica Parker, Cynthia Nixon, Kristin Davis, and Chris Noth, Sara Ramírez will play Che Diaz (they / them), a non-binary, queer, stand-up comedian that hosts a podcast on which Carrie Bradshaw is regularly featured.

Che is a big presence with a big heart whose outrageous sense of humor and progressive, human overview of gender roles has made them and their podcast very popular.

The ten-episode, half-hour series And Just Like That… is scheduled to begin production in New York this summer.

About the return of Chris Noth, Michael Patrick King, Executive Producer, said: “I’m thrilled to be working with Chris again on And Just Like That… How could we ever do a new chapter of the Sex And The City story without our Mr. Big?”

Two-time Golden Globe nominee and SAG Award-nominated actor Chris Noth rose to prominence as Detective Mike Logan on the original Law and Order, where he spent five seasons before going on to set hearts aflutter as the iconic Mr. Big on HBO’s Sex and the City. Noth garnered his first Golden Globe nomination for Best Actor in a Comedy playing the unattainable bachelor who gradually evolves into the love of Carrie Bradshaw’s life.

Meanwhile, Mr. Big became a central point for the Carrie character and the series as a whole, with their tumultuous storyline launching two blockbuster movies Sex and the City and Sex and the City 2, in which he also starred.

Next came a critically-lauded turn as the flawed and powerful Peter Florrick opposite Juliana Margolis on the CBS hit drama The Good Wife. Noth’s performance earned him a second Golden Globe nod – this one for Best Actor in a Drama, as well as two SAG nominations for Best Ensemble.

He recently starred opposite Sam Worthington and Paul Betany in Discovery’s Manhunt: Unabomber and the final season of the FX series Tyrant. Currently Noth can be seen on the popular CBS drama The Equalizer opposite Queen Latifah.

Noth’s other TV credits include the TNT original film Bad Apple, which he not only starred in but executive produced, as well as TNT’s epic miniseries Caesar, TNT telefilm Exiled and the BBC Series Titanic: Blood and Steel. He recently showed his comedic talents in Catastrophe, VIP (a hit show in Israel), and with his recurring role on Doctor Who. 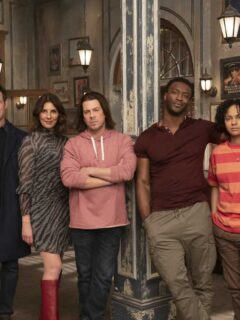 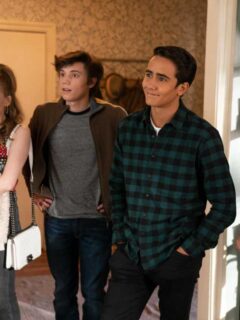 Next
Hulu Summer 2021 Movies and Series
Click here to cancel reply.
Disclaimer: This post may contain affiliate links through which we earn a commission if you decide to make a purchase, at no cost to you. As an Amazon Associate, we earn from qualifying purchases.
Amazon Prime Day 2021 is June 21 and 22! Click here for the deals.