Now that the character has been fully revealed in the new Wonder Woman 1984 trailer (watch below), Iron Studios has announced a 1/10th scale Cheetah statue. The Cheetah statue will be available in the first quarter of 2021 (pre-order at Iron Studios).

Officially titled “Cheetah BDS Art Scale 1/10 – WW84,” the statue is inspired by the movie version of the iconic villain played by actress Kristen Wiig. You can view more photos below (the Wonder Woman statue pictures is available here).

Different women used Cheetah’s identity in the comics, but the Cheetah that comes to life in theaters is Dr. Barbara Ann Minerva, created by Len Wein and George Pérez in 1987.

The Cheetah statue is made from polystone and hand painted. It is nine inches high and the width is 6.6 inches.

Directed by Patty Jenkins, Wonder Woman 1984 is scheduled to open in theaters on October 2, 2020. Jenkins recently answered a question about Cheetah’s look on her Twitter account.

“We wanted it to look fantastic and that ended up being very complex,” she said. “First, the most incredible design then figuring out how to execute it was a long journey. It ended up being a mix of practical and visual effects but it was worth it to make it look amazing!”

Wonder Woman 1984 fast forwards to the 1980s and will have Wonder Woman facing all-new foes. She is now working at the Natural History Museum in Washington, D.C., and lives quietly, still mourning the loves she’s left behind.

The sequel stars Gal Gadot in the title role, alongside Chris Pine as Steve Trevor, Kristen Wiig as Super-Villain The Cheetah, Pedro Pascal as Max Lord, Robin Wright as Antiope and Connie Nielsen as Hippolyta.

Jenkins directs from a screenplay she wrote with Geoff Johns and Dave Callaham, from a story by Jenkins and Johns. The film is based on characters from DC. Wonder Woman was created by William Moulton Marston. 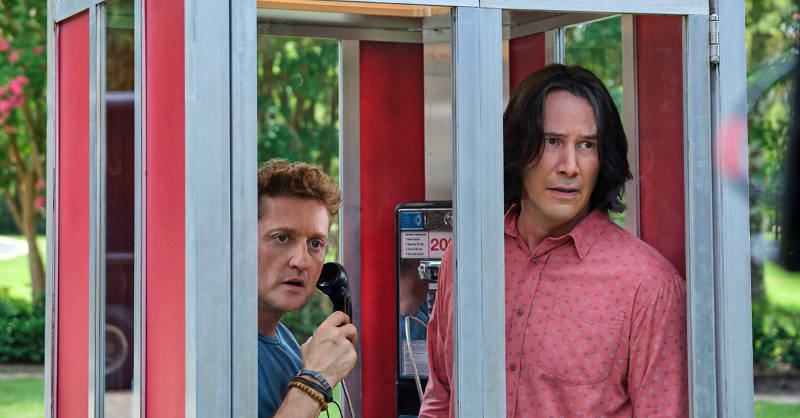 Next
Alex Winter and Keanu Reeves on Bill & Ted Face the Music
Click here to cancel reply.
Disclaimer: This post may contain affiliate links through which we earn a commission if you decide to make a purchase, at no cost to you. As an Amazon Associate, we earn from qualifying purchases.
BigScoots Hosting: The last host you'll ever need! Click for details.