BBC Studios and ITV have announced the BritBox July 2021 titles, which include everything from new BritBox Originals to classic British fare. BritBox is the biggest collection of streaming British television in North America.

Also joining BritBox’s mystery collection in July is true-crime docu-drama In the Footsteps of Killers, starring Silent Witness actress Emilia Fox and renowned criminologist David Wilson. You can view all the new titles below and let us know what you are looking forward to in the comments.

BritBox is available for $6.99 per month or $69.99 per year — after an introductory free trial period — on Roku, Amazon Fire TV stick, Apple TV 4th Gen, Samsung, LG and all iOS and Android devices, AirPlay, Chromecast, and online at BritBox.com. BritBox is also available on Amazon Channels for Prime members and on Apple TV Channels on supported devices.

A gripping, psychological thriller, the series follows maverick detective John Luther (Idris Elba, The Wire, Thor) who works for the Serious Crime Unit. For Luther, his dedication to his profession goes beyond a typical job, and he serves his own idea of moral order.

An added twist is that his confidant is also his archenemy, Alice (Ruth Wilson, Jane Eyre, Saving Mr. Banks), a beautiful multiple-murderess who evades his grasp early on, and with whom he becomes locked in a lethal battle of wits.

Throughout the series, Luther faces a succession of psychological duels between hunter and hunted, predator and prey. We see his capacity for violence as well as kindness, his sudden vulnerability and dizzying visionary mind. Will his personal demons prove to be as dangerous as any of the criminals he pursues?

Investigated like a documentary and filmed as a drama, Silent Witness actress Emilia Fox teams up with top criminologist Professor David Wilson to solve Britain’s most heinous murders in this unique true crime series. Through Emilia Fox’s extensive research for her role in the hit BBC Series, she has become an expert in unsolved cases. Combining her talent with Professor David Wilson’s professional background in studying serial killers, the unlikely pair investigate a different unsolved murder in each episode.

The series follows the duo as they base themselves in the vicinity of the crime and reexamine the evidence for themselves. By meeting with police, witnesses, journalists, experts and beyond, the two will walk the murder scene in the footsteps of the killer to crack the unsolved cases.

Celebrate the beautiful season with the world’s largest annual flower and garden show! Hosted in the grounds of Hampton Court palace, the event is filled with lots of gardening inspiration, stunning displays, expert talks and breathtaking backdrops.

Murder mystery writer David Van Der Clane (Griff Rhys Jones, Not the 9’oclock News) is a household name, but things start to go horribly wrong for him when his super-fans start getting bumped off during a book tour he’s set up with coach tour operator Gemma Draper (Sian Gibson, Death in Paradise). As a group of sleuthing misfits visit the settings of David’s novels, it’s clear that the stories are coming to life.

With the police providing no help, the only hope of catching the killer rests in the hands of the coach driver Terry (Johnny Vegas, Moving On). Are the deaths an unfortunate coincidence, or is there a real murderer in their midst?

Following Murder on the Blackpool Express and Death on the Tyne, Gemma (Sian Gibson, Death in Paradise) and Terry (Johnny Vegas, Moving On) are thrown into jeopardy when their coach breaks down in the middle of a fierce thunderstorm while on their way to a funeral in Middlesbrough. Forced to seek refuge in Shady Creek Caravan, the duo meets an eclectic mix of characters including site owners Evie and Jed, extraordinarily clumsy chef Susan, events manager and ‘90s throwback Darren, drop dead gorgeous American tourist Chad and long-term resident Edna.

The most recent additions to the scene include holiday prize-winners Phil, who struggles to get a word in while his other half Penny, struggles to stop words from coming out, and excitable birdwatchers Neil and Mary. Will any of them survive the horrors of the sinister and dilapidated Shady Creek Caravan Park?

Johnny Vegas (The Bleak Old Shop of Stuff, Moving On) and Sian Gibson (Death in Paradise) return as Terry and Gemma from Draper’s Tour, leading an all-star cast on board an eventful overnight ferry trip across the Tyne.

During the turbulent journey, the passengers and crew begin to get bumped off one by one in grizzly circumstances. Will our heroes reach Amsterdam safely?

Loved as much for his human failings as for his strengths, Jim Bergerac (John Nettles, Midsomer Murders) is a reformed alcoholic, and a tough professional with a rebellious streak. The most maverick detective sergeant on the idyllic island of Jersey, Bergerac’s career and marriage have blown up in a haze of booze and recriminations.

His bosses are reluctant to have him back when he returns to the Bureau des Étrangers after a three-month absence, but he soon proves his worth.

Swapping the Ford Cortina for an Audi Quattro, DCI Gene Hunt (Phillip Glenister, Life on Mars, Living the Dream) rolls up his sleeves and embraces the Eighties in the sequel to the critically acclaimed and phenomenally popular Life on Mars. Hunt is joined by experienced female detective DI Alex Drake (Keeley Hawes, Honour, Bodyguard), who is battling her own sense of dislocation after being ripped from her current world of sexual equality and respect.

Based around the lives of police officers at the fictional Sun Hill Police station, The Bill is Britain’s longest running police procedural drama with a staggering 26-year run. Watch as uniform officers and detectives from an inner London police station enforce law and order on a day-to-day basis in one of the most popular serial dramas on television.

A sister show to the RHS Hampton Court Palace Flower Show that takes place earlier in the month, the RHS Tatton Park Flower Show returns to bring the joy of gardening!

A murderer stalks the night in Whitechapel, picking off vulnerable women and leaving them brutally butchered. The locals love and fear and the police remain clueless with seemingly no motive, evidence or hope of catching this barbaric killer. But this is not the 19th century in the time of Jack the Ripper, this is now. The case is assigned to DI Chandler, a novice in murder cases and an expert in the politics of policing.

Unfortunately, his fellow officers are anything but. Among these officers is DS Miles, the archetypal cynical, seen-it-all detective. After receiving a tip, DI Chandler realizes that this modern-day killer is copying the infamous Whitechapel murders down to the very last detail. Can Chandler and his fellow officers solve what was failed to do over 100 years before?

On July 29, 1981, a record 750 million people in 74 countries tuned in to see Lady Diana Spencer and Prince Charles exchange vows at St. Paul’s Cathedral in London. At the time, video technology couldn’t quite capture the details in all of their glory, and all except for one media outlet captured the event on poor quality Standard Definition video tape. British Movietone shot the ceremony on 35mm film, a format that is capable of being upgraded to today’s 4K resolution. To mark the 40th anniversary of this momentous event, the footage has been lovingly restored by archive specialists, Touchdown Films, to a much clearer version than was ever thought possible. A highlight of this new version is the ability to see every detail down to the creases of Diana’s iconic gown as she steps out of the royal carriage.

The documentary features never-before- heard anecdotes from the day and interviews with key insiders involved in planning the record-breaking event including the chief royal florist, David Longman, who met with Diana to create a bouquet fit for a princess, musical director Barry Rose who conducted the choir inside St. Paul’s Cathedral, Royal Navy head baker David Avery who met with Diana before spending 14 weeks creating the wedding cake, and royal photographer Kent Gavin who Diana personally chose to photograph Prince William’s christening. 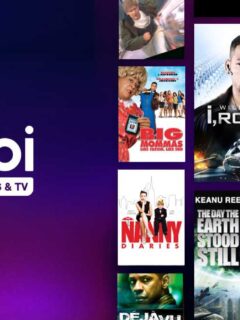 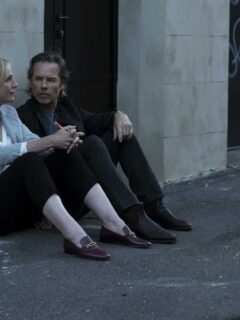 Next
Acorn TV July 2021 Schedule Announced
Click here to cancel reply.
Disclaimer: This post may contain affiliate links through which we earn a commission if you decide to make a purchase, at no cost to you. As an Amazon Associate, we earn from qualifying purchases.