The seventh and final season of fan-favorite Amazon Original series Bosch will premiere in summer 2021 on Prime Video.

The new Bosch spinoff series will follow Harry Bosch as he embarks on the next chapter of his career and finds himself working with his one-time enemy and top-notch attorney Honey “Money” Chandler. With a deep and complicated history between this unlikely pair, they must work together to do what they can agree on – finding justice.

“To say I am ecstatic is an understatement! To be given the opportunity to tell more Harry Bosch stories is a tremendous gift,” said Titus Welliver, series star and Executive Producer.

“The process of shooting season 7 with the shadow of it being our final loomed heavily so when the idea was presented to continue with the possibility of a spinoff, without hesitation I said, ‘let’s go.’ To all of our Bosch fans, thank for your incredible support for all these years and I can promise you the ride will only get better!”

“I am beyond excited by this and I think the fans that have called for more Bosch will be as well,” said Michael Connelly, Executive Producer and best-selling author.

“To continue the Harry Bosch story and see him team up with ‘Money’ Chandler will be more than I could have ever wished for. And to continue our relationship with Amazon and be part of the IMDb TV line up will insure our commitment to providing viewers with a high-quality, creative and relevant show. I can’t wait to get started.”

“The final season of Bosch is one of the best yet, and while the spin-off will be a new show with its distinct voice and tone, our passionate fans will feel right at home.”

“Bosch has entertained fans season after season through vibrant storytelling and distinctive characters, and we are thrilled to evolve Bosch and ‘Money’ Chandler’s adventures through a new, ambitious IMDb TV Original and the first series spinoff for Amazon Studios.”

Prime members can stream seasons one through six of Bosch now exclusively via the Prime Video app for TVs, connected devices including Fire TV, mobile devices and online at Amazon.com/BoschTV. Members can also download the series to mobile devices for offline viewing at no additional cost to their membership.

The series is a global release and is available for Prime Video members in more than 240 countries and territories. 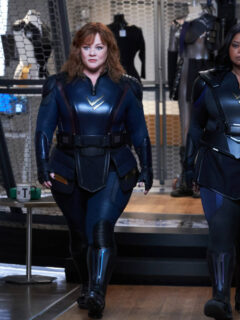 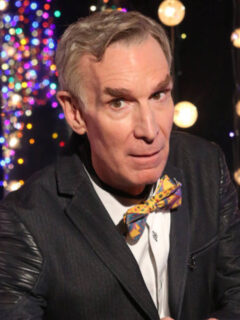 Next
Bill Nye to Host The End Is Nye Series on Peacock
Click here to cancel reply.
Disclaimer: This post may contain affiliate links through which we earn a commission if you decide to make a purchase, at no cost to you. As an Amazon Associate, we earn from qualifying purchases.
Get The FREE LEGO® Life Magazine! LEGO® Life Magazine is fun for kids 5-10 years old.