Marvel Studios Black Widow is an action-packed spy thriller that launches simultaneously in theaters and on Disney+ with Premier Access in most Disney+ markets on July 9, 2021.

Natasha Romanoff, aka Black Widow, confronts the darker parts of her ledger when a dangerous conspiracy with ties to her past arises.

Black Widow — the first film in Phase Four of the Marvel Cinematic Universe — is directed by Cate Shortland and produced by Kevin Feige.

Black Widow will be available to all Disney+ subscribers at a later date at no extra cost. 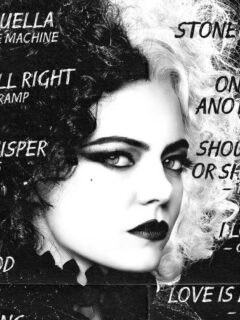 Next
The Serpent Queen Cast Revealed by Starz
Click here to cancel reply.
Disclaimer: This post may contain affiliate links through which we earn a commission if you decide to make a purchase, at no cost to you. As an Amazon Associate, we earn from qualifying purchases.
Amazon Prime Day 2021 is June 21 and 22! Click here for the deals.