Black Widow and Cruella Releases Set for Theaters and Disney+

Disney announced today that Black Widow and Cruella will both be released in theaters and on Disney+ with Premier Access simultaneously. The company revealed a number of other release date updates as well.

Following the successful release of Raya and the Last Dragon, the highly-anticipated live-action film Cruella and Marvel Studios‘ long-awaited Black Widow will launch simultaneously in theaters and on Disney+ with Premier Access in most Disney+ markets on Friday, May 28 and on Friday, July 9, respectively.

Similar to the launch of Disney and Pixar’s Academy Award-nominated Soul that delighted Disney+ subscribers during the holidays, Disney and Pixar’s Luca will stream directly in homes worldwide exclusively on Disney+ beginning Friday, June 18, as a special offering to kick-off the summer season. In international markets where Disney+ is not yet available, the film will be released theatrically, with premiere dates to be announced.

“By leveraging a flexible distribution strategy in a dynamic marketplace that is beginning to recover from the global pandemic, we will continue to employ the best options to deliver The Walt Disney Company’s unparalleled storytelling to fans and families around the world.”

Cruella is an all-new live-action feature film starring Academy Award winners Emma Stone and Emma Thompson. Disney’s Cruella is about the rebellious early days of one of cinemas most notorious — and notoriously fashionable — villains, the legendary Cruella de Vil.

Cruella, which is set in 1970s London amidst the punk rock revolution, follows a young grifter named Estella, a clever and creative girl determined to make a name for herself with her designs. She befriends a pair of young thieves who appreciate her appetite for mischief, and together they are able to build a life for themselves on the London streets.

One day, Estella’s flair for fashion catches the eye of the Baroness von Hellman, a fashion legend who is devastatingly chic and terrifyingly haute, played by two-time Oscar winner Emma Thompson (Howards End, Sense & Sensibility). But their relationship sets in motion a course of events and revelations that will cause Estella to embrace her wicked side and become the raucous, fashionable and revenge-bent Cruella.

Luca is directed by Academy Award nominee Enrico Casarosa (La Luna) and produced by Andrea Warren (Lava, Cars 3). Set in a beautiful seaside town on the Italian Riviera, the original animated feature is a coming-of-age story about one young boy experiencing an unforgettable summer filled with gelato, pasta and endless scooter rides.

Jacob Tremblay (Room, Wonder) lends his voice to Luca Paguro, a bright and inventive 13-year-old sea monster with endless curiosity – especially when it comes to the mysterious world above the sea. Jack Dylan Grazer (We Are Who We Are, Shazam) voices Alberto Scorfano, an independent, free-spirited teenage sea monster with unbridled enthusiasm for the human world.

In Marvel Studios’ action-packed spy thriller Black Widow, Natasha Romanoff aka Black Widow confronts the darker parts of her ledger when a dangerous conspiracy with ties to her past arises. Pursued by a force that will stop at nothing to bring her down, Natasha must deal with her history as a spy and the broken relationships left in her wake long before she became an Avenger.

Directed by Cate Shortland and produced by Kevin Feige, Black Widow is the first film in Phase Four of the Marvel Cinematic Universe.

Shang-Chi and the Legend of the Ten Rings on September 3, 2021 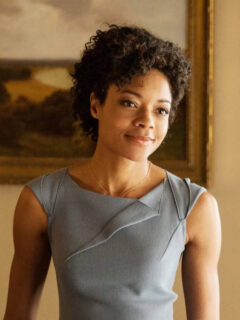 Next
Naomie Harris Joins Showtime's The Man Who Fell to Earth
Click here to cancel reply.
Disclaimer: This post may contain affiliate links through which we earn a commission if you decide to make a purchase, at no cost to you. As an Amazon Associate, we earn from qualifying purchases.
Get The FREE LEGO® Life Magazine! LEGO® Life Magazine is fun for kids 5-10 years old.