The hierarchy of power in the DC Universe is about to change. Warner Bros. Pictures’ New Line Cinema has set the official Black Adam release date for July 29, 2022. The studio made the announcement today in Times Square and you can watch star Dwayne Johnson’s video below!

Black Adam is scheduled to start production in Atlanta, Georgia in April. The movie will be directed by Jaume Collet-Serra, who is reteaming with Johnson after helming Jungle Cruise, which is opening on the similar date of July 30, 2021.

The latest draft of the Black Adam script is by Rory Haines and Sohrab Noshirvani. Adam Sztykiel wrote the previous draft.

It was recently announced that former James Bond star Pierce Brosnan has joined the Black Adam cast as Kent Nelson, aka Doctor Fate, a founding member of the Justice Society of America.

Also starring in the anticipated movie are Sarah Shahi and Marwan Kenzari. While Kenzari’s character is unknown, Shahi plays a university professor and freedom fighter leading the resistance in Kahndaq.

Johnson previously said antihero Black Adam was originally supposed to have debuted in Shazam!, but it wasn’t working with them having to tell the origin stories of both Shazam! and Black Adam. The actor has also said Black Adam is an origin story and that the title character is a ruthless keeper of justice.

Beau Flynn of FlynnPictureCo will produce along with Johnson, Dany Garcia and Hiram Garcia of Seven Bucks Productions. Scott Sheldon will oversee for FlynnPicturesCo.

Black Adam is based on the DC Comics character created by Otto Binder and C.C. Beck. Black Adam first appeared in the first issues of Fawcett Comics’ The Marvel Family in December 1945, and began to appear in the Shazam! comics in the 1970s.

What do you think of the Black Adam release date? Also set for that same date is Indiana Jones 5, starring Harrison Ford. 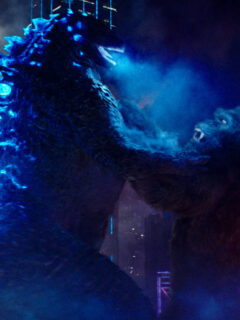 Next
Obi-Wan Kenobi Cast Revealed with Shooting Starting in April
Click here to cancel reply.
Disclaimer: This post may contain affiliate links through which we earn a commission if you decide to make a purchase, at no cost to you. As an Amazon Associate, we earn from qualifying purchases.
Get The FREE LEGO® Life Magazine! LEGO® Life Magazine is fun for kids 5-10 years old.