Posted on Published: May 5, 2021 Categories Movies

Black Bear will fully finance the project, with principal photography set to begin in Canada this June.

Ben Mendelsohn will star as Jacob Holbrook, the infamous “Marsh King,” who years ago kept his young daughter, Helena, and her mother captive in the wilderness for years.

After a lifetime of trying to escape her past, a now grown Helena (Ridley) is forced to face her demons when Jacob unexpectedly returns.

Mendelsohn is a Golden Globe-nominated and Emmy Award-winning actor best known for his roles in Animal Kingdom, The Dark Knight Rises, The Place Beyond the Pines, Darkest Hour, Rogue One: A Star Wars Story, Captain Marvel, The King, and Netflix’s Bloodline.

He starred in this year’s BAFTA-nominated Babyteeth and will next be seen in Marvel Studios’ Secret Invasion for Disney+, as well as Joe Wright’s Cyrano, in which he co-stars alongside Haley Bennett, and in Damián Szifron’s Misanthrope opposite Shailene Woodley.

STXfilms recently acquired the U.S. distribution rights for the film from Black Bear and Anonymous Content, and will directly distribute the film in the UK, Ireland and India.

The Marsh King’s Daughter falls under the output and distribution agreement between Black Bear Pictures and STXinternational. 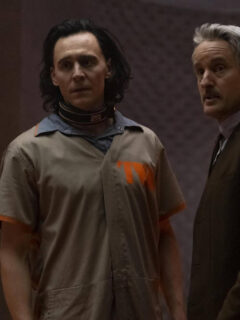 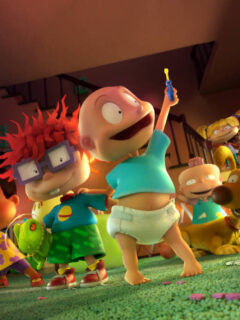 Next
New Rugrats Trailer and Key Art Revealed by Paramount+
Click here to cancel reply.
Disclaimer: This post may contain affiliate links through which we earn a commission if you decide to make a purchase, at no cost to you. As an Amazon Associate, we earn from qualifying purchases.
Amazon Prime Day 2021 is June 21 and 22! Click here for the deals.