Starz (start your free trial) has announced the full Becoming Elizabeth cast and provided Vital Thrills with a behind-the-scenes look at the production. Below, go behind the scenes with Alicia von Rittberg and the cast as they take you through sets, costume and story.

Becoming Elizabeth is the fascinating, untold story of the early life of England’s most iconic Queen. Long before she ascended the throne, young Elizabeth Tudor was an orphaned teenager who became embroiled in the political and sexual politics of the English court.

The death of King Henry VIII sets into motion a dangerous scramble for power. His surviving children find themselves pawns in a game between the great families of England and the powers of Europe who vie for control of the country.

The world of Becoming Elizabeth is visceral, dangerous, and very bloody; a time in which every man or woman of the court is on the wheel of fortune, which may take them to a position of great power one moment, or the executioner’s block the next. Judgements are rendered quickly, and no one is safe.

Becoming Elizabeth is created and written by award-winning playwright and television screenwriter Anya Reiss (Spur of the Moment, The Acid Test) who will executive produce with The Forge’s George Ormond (National Treasure, Great Expectations) and George Faber (Shameless, STARZ’s The White Queen) with Lisa Osborne (Little Dorrit, Man in an Orange Shirt) producing.

The eight-episode series is produced for STARZ by Lionsgate Television and The Forge. Becoming Elizabeth will air on STARZ in the U.S. and Canada and on its international premium streaming platform Starzplay across its complete footprint in Europe, Latin America and Japan.

Alicia von Rittberg (Fury, Charité, Genius) as Elizabeth I
Second of Henry VIII’s three children, born to the “Great Whore” Anne Boleyn. A teenager who thinks she is an adult and old enough to play the games that she is thrown into after the death of her father. She wants to keep her siblings together, but it proves an impossible task as she treads a delicate path through their opposing religious views. Her brother and sister are not the only people pulling Elizabeth in different directions. Elizabeth’s love for her stepmother Catherine is tested by Catherine’s new husband Thomas and his flirtatious attention which both flatters and scares her.

Romola Garai (The Hour, The Miniaturist, Atonement) as Mary
Henry’s eldest child, daughter of his first wife, the Spanish princess herself, Catherine of Aragon. Mary is equally devoted to her God and her little brother the King and it cleaves her in two that her twin devotions are entirely incompatible. For if she honours one, she dishonours the other.

Oliver Zetterström (The Midnight Gang, The Romanoffs, Britannia) as Edward
Henry’s youngest, but as a boy, the only one that matters in the brutal wars of Tudor succession. Determined to not be seen as a child, despite the overbearing Lord Protector and to bring his country into a new Protestant age, by force if necessary.

Jessica Raine (The Informer, Patrick Melrose, Call The Midwife) as Catherine Parr
Henry’s widow. A clever, educated woman, who played the part of Regent once during Henry’s illness and bitterly resents that she is not able to play it again. As the young King ascends to the throne, Catherine is left on the sidelines, but is at last free to pursue her former lover, the King’s uncle Thomas Seymour.

Tom Cullen (Weekend, Black Mirror, Downton Abbey) as Thomas Seymour
Simultaneously charming, playful and funny whilst being hotheaded, ambitious and possibly dangerous, Thomas Seymour expects the spoils that ought naturally to fall to the King’s uncle. His ambitions are ruined by the machinations of his older brother Edward Seymour, the Duke of Somerset who quickly seizes the position of Lord protector to the new boy king. He marries his former lover the dowager Queen Catherine for both power and love but then his eye falls on the teenage Elizabeth and a whole new pathway to power opens up in front of him.

John Heffernan (The Pursuit of Love, Dracula, The Crown) as Duke of Somerset
Quick off the block when the old King dies, Somerset loses no time in claiming the position of Lord Protector for himself. He is to all intents and purposes the de facto monarch during Edward’s childhood and teenage years. Humorless and ruthless he is the opposite of his younger brother Thomas.

Jamie Parker (1917, Harry Potter and The Cursed Child) as John Dudley
John Dudley is Somerset’s right-hand man on the Privy Council, his fixer and enforcer and oldest friend. A family man, seemingly the friendlier face of the pair but then a darker side begins to emerge.

Jamie Blackley (Greed, If I Stay, The Last Kingdom) as Robert Dudley
John Dudley’s eldest and favourite son, and Elizabeth’s friend from childhood. Working as the king’s groom, from being enamoured with court life he slowly starts to realize quite how dangerous a world he has been born into.

Alexandra Gilbreath (Tulip Fever, RSC’s Provoked Wife and Twelfth Night) as Kat Ashley
The nearest thing Elizabeth has to a mother since Anne Boleyn’s execution when she was only two. A fountain of both sage and reckless advice, sometimes a scandalous gossip, Kat remains by Elizabeth’s side until Elizabeth falls from grace and her service is no longer required.

Leo Bill (Rare Beasts, In Fabric, Taboo) as Henry Grey
A senior member of England’s council, Henry is related by marriage to the Tudor line and never misses an opportunity to remind everyone. His daughter Jane is next in line after Elizabeth and Mary, and Henry has a plan to bring her closer still.

Bella Ramsey (Game of Thrones, The Last of Us, Resistance) as Jane Grey
Lady Jane is brought under Catherine and Thomas’s wing, as part of their and her father’s plan to marry her to the king. Young, serious, clever and staunchly Protestant, she has a clear sense of her own place in the world: as near to the throne as she can get without sitting in the king’s lap. (Although then again…)

Ekow Quartey (This Way Up, A Midsummer Night’s Dream at Shakespeare’s Globe) as Pedro
A black Spanish mercenary who sells his sword to the man (or woman) he thinks most worthy of it. He respects and values his friendship with Somerset and Dudley, men he has met on the battlefield many a time before.

Alex Macqueen (Sally4Ever, Peaky Blinders, The Thick of It) as Steven Gardiner
A Catholic bishop who begins the series having been confined to the Tower for his reluctance to accept England’s shift to Protestantism. A wily politician devoted to three things: the princess Mary, the restoration of the Catholic faith and to keeping himself alive during the process.

Olivier Huband (I Hate Suzie, A Discovery of Witches) as Ambassador Guzman
The arrogant and cunning Spanish ambassador, one of the pillars of Mary’s alternative court, the face of Mary’s overseas allies. 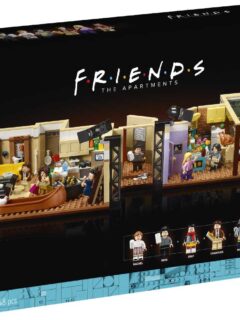 Previous
The One with the LEGO Friends Apartments Set 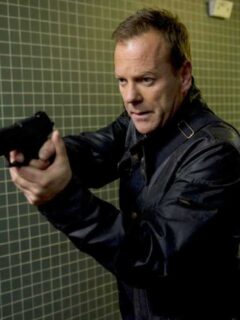 Next
New Kiefer Sutherland Series Ordered by Paramount+
Click here to cancel reply.
Disclaimer: This post may contain affiliate links through which we earn a commission if you decide to make a purchase, at no cost to you. As an Amazon Associate, we earn from qualifying purchases.
Amazon Prime Day 2021 is June 21 and 22! Click here for the deals.