New BBC streaming service BBC Select has launched in the U.S. and Canada and we’ve got their lineup for April. The BBC Select April 2021 programming brings together fresh voices, an eclectic mix of stories and new perspectives in culture, politics and ideas.

BBC Select is a new streaming channel for independent thinkers everywhere. Featuring many programs never before seen in the U.S. and Canada, the service will deliver an exclusive bundle of content based on a weekly theme: “The Drop” will bring to you a fresh take on a particular topic from an inspiring individual, and group together three titles relevant to that week’s theme.

You can watch the BBC Select April 2021 lineup is available on Amazon Prime Video and the Apple TV app – with a 7-day free trial.

Me, My Selfie and I – available today
Most people now have more images of themselves in their phone than of their entire childhood. Conceptual artist Ryan Gander investigates this – the new kind of self-regard that hardly existed just ten years ago.

He discovers the roots of the selfie go back hundreds of years and, in the age of social media, when we are told to be our best selves and live our best lives, he asks what that really means and what technology is doing to our sense of self.

The Romantic Revolution – available today
Sir Simon Schama on the enduring legacy the Romantics have left on our modern world including their ideas – from over 200 years ago – of popular revolutions, self-obsession and modern nationalism.

The $50 Million Art Swindle – available today
Acclaimed director Vanessa Engle tracked down the charlatan New York art dealer Michel Cohen – who swindled over $50 million from the art establishment before going on the run from the FBI for 18 years.

Engle persuaded him to tell his extraordinary story which is part crime caper and greed but also an exploration of motive and morality.

The Last Igloo – April 19
Timed with Earth Day, this film tells the story of a typical day in the life of an Inuit hunter in Greenland, as he travels across the stunning arctic landscape with his dog sled, fishes through the sea ice, and finally builds an igloo. While Inuit now live in permanent settlements, igloos are symbolic of a whole way of life that may be lost forever as the snow and ice disappear.

With an original score from acclaimed Icelandic composer Biggi Hilmars, this is an extraordinary and poetic sensory immersion in the arctic landscape.

A Slow Odyssey: The Great Wall of China

Amazing Hotels: Life Beyond the Lobby

The Boy Who Tried to Kill Trump

Calculating Ada: The Countess of Computing

Clothes to Die For

Damned In the USA

David Bowie: Ziggy Stardust and The Spiders From Mars

Travels in Europe with Ed Balls

The Genius of Roald Dahl

Horror in the East

The Joy of AI

The Man Who Shot New York

The Man Who Shot Tutankhamun

Nixon in the Den

Queen Victoria and Her Nine Children

Rise of the Nazis

The Secrets of Branding

Secrets of the Superbrands

Starbucks & Nespresso: The Truth About Your Coffee

A Brief History of Graffiti

Oceans Apart: Art and the Pacific 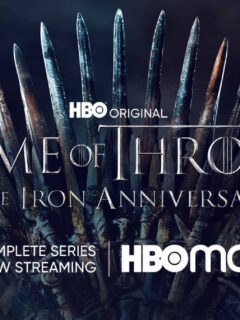 Next
Amazon Reveals Panic Premiere Date and Key Art
Click here to cancel reply.
Disclaimer: This post may contain affiliate links through which we earn a commission if you decide to make a purchase, at no cost to you. As an Amazon Associate, we earn from qualifying purchases.