Back from the Brink Documentary Set for November 2 Release

Home » Back from the Brink Documentary Set for November 2 Release

Back from the Brink: Saved from Extinction, a new Giant Screen film adventure, captures remarkable comeback stories of endangered species from around the world that are rebounding thanks to human efforts to save them. Narrated by Claire Danes, the film will launch in North America with a world premiere event in San Jose, CA, and will open in Giant Screen, IMAX, and Digital 3D cinemas around the USA beginning November 2, 2019.

By the end of this century, half of all species could be pushed to the brink of extinction. Human activities, in particular, pose a significant threat–affecting wildlife in ways both visible and invisible: pollution, hunting, habitat disruption and destruction. Back from the Brink: Saved from Extinction shows that positive change is possible. Problems created by humans can be solved by humans.

Filmed on location in three unique regions around the globe, Back from the Brink: Saved from Extinction uses the immersive IMAX format to plunge audiences into a wild world of breathtaking natural beauty and captivating wildlife behavior. In giant screen experience, the film brings to life the amazing true story of three animal species whose numbers recently dwindled to near extinction, but were rescued from the brink: California’s enchanting Channel Island Fox, China’s fabled Golden Monkey, and the wondrous migrating giant red crabs of Christmas Island, off the coast of Australia. The film also introduces the people around the world–scientists, researchers, park rangers, and students–who are working passionately to preserve these endangered species. Ultimately, the film aims to engage and inspire audiences to take action and connect with nature.

Back from the Brink: Saved from Extinction is directed by Sean Casey (Tornado Alley, Forces of Nature, Alaska: Spirit of the Wild, Africa the Serengeti), who is also Director of Photography. The film is executive produced by Anthony Russo and Joe Russo, and produced by Jennifer Casey (National Geographic’s Extreme Weather and Tornado Alley) and Charlotte Huggins (Journey to the Center of the Earth and Journey 2: The Mysterious Island). The film is written by Kurt Frey and Casey.

“Through the unmatched, immersive Giant Screen technology, we’re able to connect audiences with nature in places they might not otherwise go. Back from the Brink: Saved from Extinction offers an opportunity to engage with some of the most extraordinary creatures on Earth, which nearly disappeared forever,” said director Sean Casey. “We demonstrate how human efforts do make an impact for the better, and are essential in saving and protecting the world’s animals and wild places.”

Filmmakers were granted special permission to capture each of the film’s unique places and take audiences there as never before. We discover how California’s enchanting Channel Island Fox is rescued from an invasion of predatory Golden Eagles. In the fastest recovery of a species in the history of animal conservation, scientists help solve the mystery of the fox population’s severely diminishing numbers and devise and execute an ingenious plan to save them–which includes returning an iconic raptor, the American Bald Eagle–to the island to restore the ecology’s balance. Fox numbers have since rebounded from less than 100 to thousands and they’ve been removed from The Endangered Species List.

In the fabled mountains of China’s Yunnan Province, the film follows one of the world’s most endangered primates, the Golden Monkey–a creature so elusive it had never even been photographed until the 1970s. Hunted nearly to extinction, this mythical society of primates was on the verge of collapse, numbering about 1500, when the efforts of one intrepid researcher and his investigation into their plight changed everything. The revelations convinced the Chinese government to turn the region into one of the country’s first nature preserves. Now, the hunters are instead becoming park rangers and are the biggest champions and protectors of the “Snubbies,” as they’re nicknamed. In just a few decades, the monkey population has gone from near extinction to three thousand or more.

Audiences can also witness the wondrous migration of the Red Crabs of Christmas Island and marvel at their recovery from a Crazy Yellow Ant infestation in one of the most successful bio-control experiments ever undertaken. The intruder ants arrived as a few stowaways on cargo ships–but swarmed into an invasion horde numbering several billion, which became a super colony that threatened the entire web of life on the island–especially the 40 million crabs that had to run the gauntlet through the forest. In a daring experiment, Malaysian micro-wasps are imported and hoisted into the treetop canopy on makeshift elevators. Dazzling giant screen filmmaking vividly captures the insect warfare being played out on a grand scale, as well as the red crab hatchlings emerging by the millions.

For more information on Back from the Brink: Saved from Extinction or to explore ways to get involved and connect with nature, go to the film’s website. 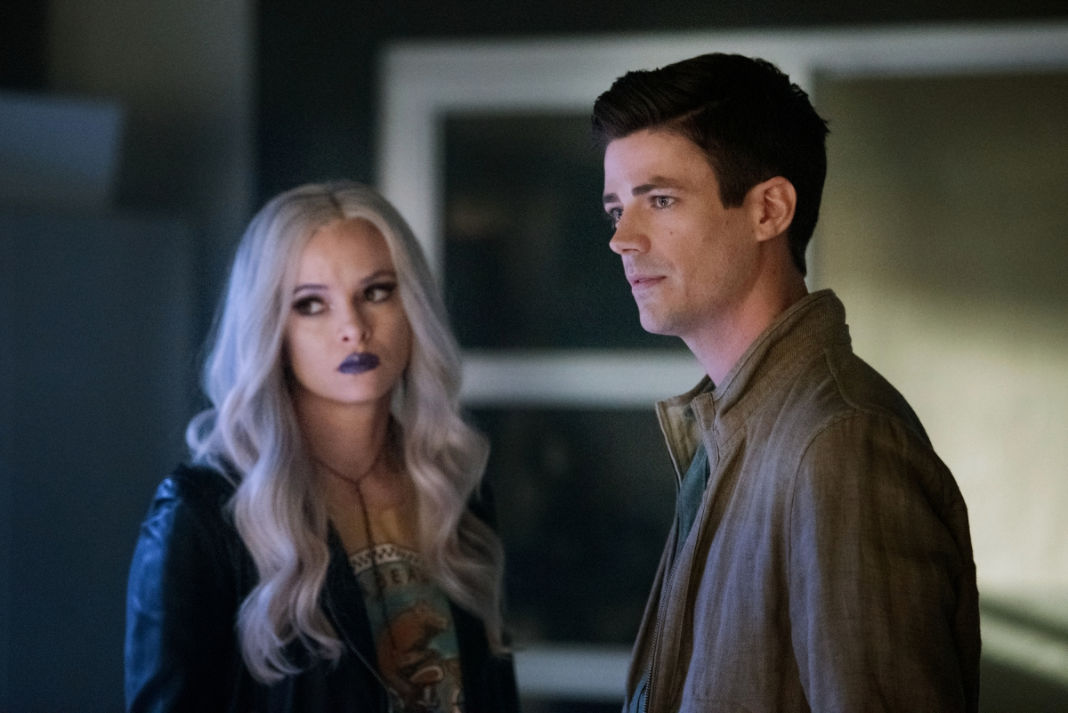 Next
Ghost in the Shell: SAC_2045 Teaser and More Revealed
Click here to cancel reply.
Disclaimer: This post may contain affiliate links through which we earn a commission if you decide to make a purchase, at no cost to you. As an Amazon Associate, we earn from qualifying purchases.
BigScoots Hosting: The last host you'll ever need! Click for details.