Featuring fluid co-op-combat, powerful weapons and a unique, striking art style, the epic world of Babylon’s Fall is coming to the PlayStation 5, PlayStation 4 and STEAM.

The game can be played in parties up to four and will feature a range of post launch game modes at no additional cost. More details will be revealed throughout the year and player recruitment for closed beta testing is now open.

In Babylon’s Fall, players become a group of warriors known as the sentinels, bonded with special equipment called Gideon Coffins, and throw themselves into an odyssey to overcome the titanic Tower of Babylon, within which sleeps a great legacy. In addition to weapons wielded in both hands, characters can use the power of their Gideon Coffin to equip two more, allowing for combinations of up to four weapons at once.

The capabilities of different equipment will also bring endless variation to the strategy that can be employed. The game’s visuals are achieved using a newly developed “brushwork style” to create a unique fantasy setting with a medieval oil painting aesthetic.

Square Enix also released a special behind-the-scenes look at the development of Babylon’s Fall. The video features interviews and insights from the creative teams at Square Enix and PlatinumGames, including director Kenji Saito.

Babylon’s Fall will be hosting a series of closed beta tests leading up to launch. The tests will be held over three phases, with differing tests being carried out across each one and more platforms being added as they progress.

Stranger of Paradise Final Fantasy Origin has been made in collaboration with Team Ninja from Koei Tecmo Games, creators of the Ninja Gaiden and Nioh series, and brings a new vision to the Final Fantasy series. Players will be able to purchase the game on PlayStation 5, PlayStation 4, Xbox Series X|S, Xbox One and PC in 2022.

The Stranger of Paradise Final Fantasy Origin Trial Version was also announced during the showcase, which gives players the opportunity to experience a taste of the full game centering on Jack and his allies — Ash and Jed — as they throw open the gates to the Chaos Shrine.

Burning with the resolve to defeat Chaos, and with the memories of their struggle buried deep in their hearts, are they the foretold Warriors of Light?

Players of the Stranger of Paradise Final Fantasy Origin Trial Version can explore this dark fantasy world as they battle an array of iconic monsters from the Final Fantasy series, using powerful spells and abilities from a sample of jobs including warrior, dragoon and black mage.

“While it is Final Fantasy, it feels different – but there’s no doubt that the blood of Final Fantasy runs through its veins,” said Tetsuya Nomura, Creative Producer for Stranger of Paradise Final Fantasy Origin.

“We’ve undertaken the challenge of finding this difficult middle ground for this mature and stylish title. We need a little time until we’re able to complete it, and while the battle system is a bloody one, it does link to the story, so I hope you’ll use this opportunity to give it a try.”

“I’m truly happy to be involved with a new Final Fantasy, and a title connected to its origin at that,” said Fumihiko Yasuda, Head of Team Ninja at Koei Tecmo Games.

“Using the feedback that the players provide after playing the trial version, all of us at Team Ninja will work to make this a title that meets the expectations of not only action game fans, but also Final Fantasy series fans around the world!”

In addition, players who download and play the Trial Version are invited to participate in a survey to provide feedback to the development team on their play experience, helping to shape the outcome of the game. The survey will be open from June 13th, 2021 through June 30th, 2021 7:59 a.m. (PDT) / 3:59 p.m. (BST) and will be accessible from the menu screen of the trial version. 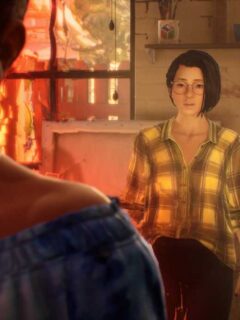 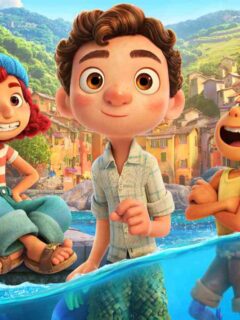 Next
Jacob Tremblay, Jack Dylan Grazer and More Talk About Pixar's Luca
Click here to cancel reply.
Disclaimer: This post may contain affiliate links through which we earn a commission if you decide to make a purchase, at no cost to you. As an Amazon Associate, we earn from qualifying purchases.