The first-look for Avatar: Frontiers of Pandora was released today during Ubisoft Forward, showcasing game footage powered by the latest iteration of the Snowdrop engine.

Releasing in 2022, Avatar: Frontiers of Pandora is a first person, action-adventure experience developed by Massive Entertainment – a Ubisoft studio, in collaboration with Lightstorm Entertainment and Disney.

In this new, standalone, extension of the Avatar universe, you play as a Na’vi and embark on a journey across the Western Frontier, a never-before-seen part of Pandora.

Explore a living and reactive world inhabited by unique creatures and new characters and push back the formidable RDA forces that threaten it.

Avatar: Frontiers of Pandora will be available exclusively on the new generation of consoles – PlayStation 5, Xbox Series X|S, as well as Stadia, Amazon Luna, and Windows PC.

The trailer begins with a first-person look at seemingly familiar, lush, and beautiful jungle scenery, before we encounter a Na’vi and their banshee overlooking a magnificent vista with Pandora’s signature floating mountains in the background.

We then see what are revealed as new forms of life and regions of Pandora, along with some known Avatar fauna including hexapedes and direhorses. Of course, it wouldn’t be Pandora without an incredible display of bioluminescence, as woodsprites float past dense, radiant flora under the pale light of the gas giant, Polyphemus.

The trailer also gives a glimpse of a Na’vi community upon an open plain, before revealing a large Resources Development Administration (RDA) facility with an extensive selection of military equipment at its disposal, including the Amplified Mobility Platform (AMP suit), as well as Samson and Scorpion gunships.

Avatar: Frontiers of Pandora is scheduled for release on PlayStation 5, Xbox Series X|S, Stadia, Amazon Luna, and Windows PC in 2022.

What do you think about the reveal trailer? Are you going to play the game? Let us know your thoughts in the comments below! 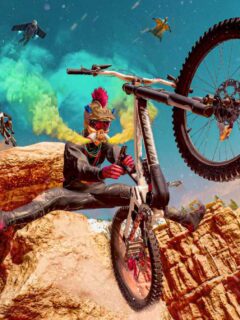 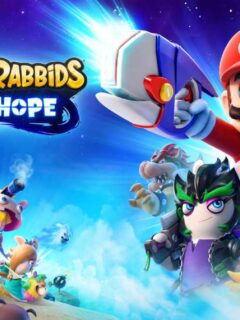 Next
Mario + Rabbids Sparks of Hope Announced!
Click here to cancel reply.
Disclaimer: This post may contain affiliate links through which we earn a commission if you decide to make a purchase, at no cost to you. As an Amazon Associate, we earn from qualifying purchases.