The first two episodes will premiere globally on Friday, July 16, 2021 exclusively on Apple TV+, followed by one new episode weekly every Friday.

A parody of iconic Golden Age musicals, Schmigadoon! stars Strong and Key as a couple on a backpacking trip designed to reinvigorate their relationship who discover a magical town living in a 1940s musical.

They then learn that they can’t leave until they find “true love.”

Hailing from Broadway Video and Universal Television, a division of Universal Studio Group, Schmigadoon! is co-created by Cinco Paul and Ken Daurio.

Paul serves as showrunner, and wrote all of the original songs for the series.

Barry Sonnenfeld directs and executive produces. In addition to starring, Strong serves as producer, and Daurio serves as consulting producer and writer.

Apple TV+ offers premium, compelling drama and comedy series, feature films, groundbreaking documentaries, and kids and family entertainment, and is available to watch across all your favorite screens.

After its launch on November 1, 2019, Apple TV+ became the first all-original streaming service to launch around the world, and has premiered more original hits and received more award recognitions faster than any other streaming service in its debut. To date, Apple Original films, documentaries and series have been honored with 117 wins and 389 awards nominations.

Apple TV+ is available on the Apple TV app in over 100 countries and regions, on over 1 billion screens, including iPhone, iPad, Apple TV, Mac, popular smart TVs from Samsung, LG, Sony, VIZIO, TCL and others, Roku and Amazon Fire TV devices, Chromecast with Google TV, PlayStation and Xbox gaming consoles, and at tv.apple.com, for $4.99 per month with a seven-day free trial. 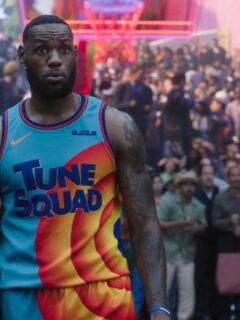 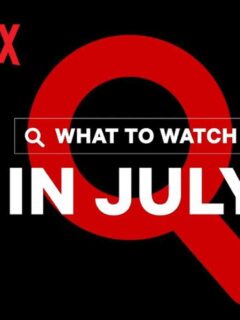 Next
New on Netflix July 2021: Movies, TV and Originals
Click here to cancel reply.
Disclaimer: This post may contain affiliate links through which we earn a commission if you decide to make a purchase, at no cost to you. As an Amazon Associate, we earn from qualifying purchases.