Apple TV+ has debuted the official trailer for genre-bending, immersive original series Calls and revealed the cast for anthology series Roar. You can watch the Calls trailer using the player below.

Calls will premiere globally with all nine episodes of the first season on Friday, March 19, 2021. Based on the buzzy CANAL+ French series of the same name created by Timothée Hochet, Calls is a groundbreaking, immersive television experience that masterfully uses audio and minimal abstract visuals to tell nine bone-chilling, short-form stories.

Calls is an Apple Original series in association with CANAL+, produced with Studiocanal and Bad Hombre, and will stream globally in over 100 countries on Apple TV+. A French-language version of the series will premiere on CANAL+ in select markets where CANAL+ is available.

In select Spanish-speaking Latin America markets, Apple TV+ will premiere the series under the title Llamadas with a fully immersive experience with Spanish-language custom graphics.

Created by Liz Flahive and Carly Mensch (GLOW), and based on a book of short stories by Cecelia Ahern (buy at Amazon), Roar is a collection of eight half-hour genre-bending episodes, told from a uniquely female point of view.

The series is the first to be released under Mensch and Flahive’s overall deal with Apple. 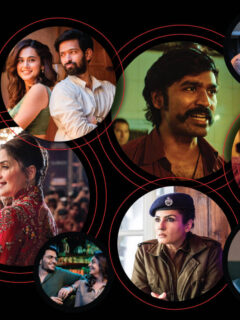 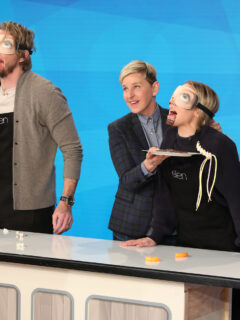 Next
Kristen Bell and Dax Shepard Host Family Game Fight for NBC
Click here to cancel reply.
Disclaimer: This post may contain affiliate links through which we earn a commission if you decide to make a purchase, at no cost to you. As an Amazon Associate, we earn from qualifying purchases.
Get The FREE LEGO® Life Magazine! LEGO® Life Magazine is fun for kids 5-10 years old.