Apple Reveals Trying Season 2, Macbeth, and The Me You Can’t See

Home » Apple Reveals Trying Season 2, Macbeth, and The Me You Can’t See

Apple TV+ has revealed the trailer for Trying Season 2, the drama The Tragedy of Macbeth with Denzel Washington and Frances McDormand, and The Me You Can’t See.

The second season of Apple’s critically-acclaimed comedy series Trying will debut globally Friday, May 21. The series, which was recently renewed for a third season, will premiere with the first two episodes, followed by one new episode weekly every Friday, exclusively on Apple TV+.

Having been approved by the adoption panel they now find that matching with a child is not as straightforward as they had hoped. It seems like children are being snapped up by other couples while somehow they’re being left behind.

Helped by their eccentric social worker Penny (Imelda Staunton), they are determined to do everything they can. When Nikki meets a little girl called Princess at an adoption event she knows instantly that this is the child for them. But there are obstacles to Nikki’s plan that may prove insurmountable.

THE TRAGEDY OF MACBETH

The film will be released in theaters worldwide later this year ahead of a global launch on Apple TV+.

The film reunites frequent Coen collaborators including Bruno Delbonnel as the cinematographer, Mary Zophres as costume designer and a score from Carter Burwell. In addition to directing, Coen produces the film alongside McDormand and Robert Graf.

THE ME YOU CAN’T SEE

The Me You Can’t See is a multi-part documentary series from co-creators and executive producers Oprah Winfrey and Prince Harry, The Duke of Sussex, featuring illuminating stories that help lift the veil on the current state of mental health and emotional well-being, will premiere May 21 on Apple TV+.

In The Me You Can’t See, Oprah Winfrey and Prince Harry guide honest discussions about mental health and emotional well-being while opening up about their mental health journeys and struggles.

Featuring high-profile guests, alongside a wide range of people from across the globe living with the challenges of mental health issues and addressing their emotional well-being, the series transcends culture, age, gender and socioeconomic status to destigmatize a highly misunderstood subject and give hope to viewers who learn that they are not alone. The producers partnered with 14 accredited and respected experts and organizations from around the world to help shed light on different pathways to treatment.

“Now more than ever, there is an immediate need to replace the shame surrounding mental health with wisdom, compassion and honesty,” said Oprah Winfrey. “Our series aims to spark that global conversation.”

“We are born into different lives, brought up in different environments, and as a result are exposed to different experiences. But our shared experience is that we are all human,” said Prince Harry, The Duke of Sussex. “The majority of us carry some form of unresolved trauma, loss or grief, which feels – and is – very personal. Yet the last year has shown us that we are all in this together, and my hope is that this series will show there is power in vulnerability, connection in empathy, and strength in honesty.” 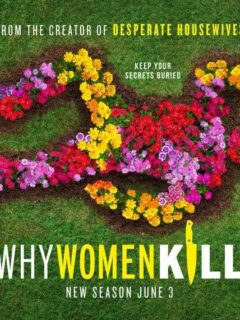 Next
Annie Live! Musical Event Coming to NBC
Click here to cancel reply.
Disclaimer: This post may contain affiliate links through which we earn a commission if you decide to make a purchase, at no cost to you. As an Amazon Associate, we earn from qualifying purchases.
Amazon Prime Day 2021 is June 21 and 22! Click here for the deals.