The Annette song is part of Annette (Cannes Edition – Selections From the Original Motion Picture Soundtrack), an album an album of music by legendary art-pop duo Sparks from the forthcoming musical love story. You can listen to “So May We Start” here.

Set to open the 74th annual Cannes Film Festival, Annette marks the first English-language film from visionary director Leos Carax, with music by Sparks’ Ron and Russell Mael and based on their original story.

With a career spanning over five decades and 25 albums, Sparks (upcoming The Sparks Brothers) is recognized as a groundbreaking pioneer in pop music and contemporary songwriting. Yet another reminder of their everlasting influence and innovation, the story of Annette, originally intended to be a Sparks studio album, was developed with director Leos Carax after a meeting at the Cannes Film Festival in 2013.

Of the collaboration, Sparks say: “Initially, we conceived Annette as another Sparks album. Yet this time it would be a narrative story that would consist of three main characters, a small enough ensemble that would allow us to also present the ‘opera’ live on tour…

“The music, story and album were finished and ready to go, which is where the story takes a huge detour. After meeting Leos at Cannes, we felt a real kinship, so we thought we would send him Annette, not expecting anything other than to show him what Sparks was currently up to.

“And lo and behold, he said he really liked the album and would like to consider it as his next project. We were happily surprised and elated at his reaction. As fans of Leos’ films, to now realize that he would be directing a film of ours was beyond our dreams.”

Carax added: “I discovered Sparks when I was about 14 – I stole a copy of Propaganda from an underground shop at La Défense because I liked the cover. Not long after that I saw them live at the Olympia in Paris.

“Propaganda and their next album, Indiscreet, have been part of my life ever since. Their tracks are among the most joyous songs I know (although they’re poignant too, in places). For me, Sparks’ music is like a childhood home, but one free of ghosts.

“Without them, I don’t think I’d ever have done something I’d dreamt of doing ever since I first started out in cinema: making a ‘film in music.’”

Annette is set in present-day Los Angeles. Henry is an outspoken stand-up comedian, Ann a world-famous singer. They’re a happy celebrity couple, living life in the glare of the spotlight, but their world is turned upside-down by the birth of their first child, Annette, a mysterious little girl with an exceptional destiny. 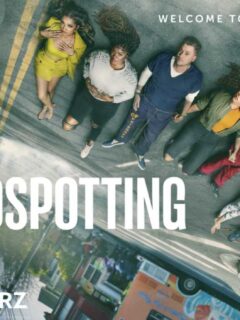 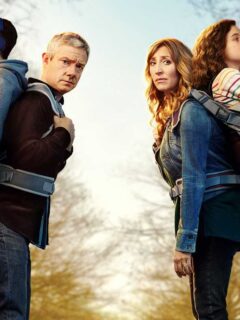 Next
Breeders Season 3 Gets the Green Light by FX
Click here to cancel reply.
Disclaimer: This post may contain affiliate links through which we earn a commission if you decide to make a purchase, at no cost to you. As an Amazon Associate, we earn from qualifying purchases.
Amazon Prime Day 2021 is June 21 and 22! Click here for the deals.