Amazon has announced the movie and TV titles coming to the service in May 2021. The Amazon Prime Video May 2021 lineup includes new Amazon Original Movies, Series, and Specials. Below, you’ll also find the titles coming to IMDb TV, Amazon’s free streaming service.

The Amazon Prime Video May 2021 schedule includes The Boy From Medellín, a documentary following reggaeton singer J Balvin as he prepares for a sold-out stadium show in his hometown of Medellín, Colombia; and The Underground Railroad, a new limited series from Academy Award winner Barry Jenkins and based on the Pulitzer Prize-winning novel by Colson Whitehead.

Also coming are P!nk: All I Know So Far, a documentary following award-winning musician P!NK as she embarks on her record-breaking 2019 “Beautiful Trauma” world tour; Solos, a new anthology series from Hunters creator David Weil; and Panic, a new YA drama series written and created by Lauren Oliver based on her bestselling novel of the same name.

THE BOY FROM MEDELLIN (May 7)
From Academy Award-nominated and Emmy-winning filmmaker Matthew Heineman (Cartel Land, City of Ghosts, A Private War) comes an astonishingly intimate portrait of one of the biggest international music superstars of our time. The Boy From Medellín follows J Balvin as he prepares for the most important concert of his career–a sold-out stadium show in his hometown of Medellín, Colombia. Available in HDR.

THE UNDERGROUND RAILROAD (May 14)
From Academy Award-winner Barry Jenkins and based on the Pulitzer Prize-winning novel by Colson Whitehead, The Underground Railroad is a new limited series that chronicles Cora Randall’s desperate bid for freedom in the Antebellum South. After escaping a Georgia plantation for the rumored Underground Railroad, Cora discovers no mere metaphor, but an actual railroad beneath the Southern soil. Available in UHD and HDR.

P!NK: ALL I KNOW SO FAR (May 21)
Join award-winning musician P!NK as she embarks on her record-breaking 2019 “Beautiful Trauma” world tour in P!nk: All I Know So Far, welcoming audiences to join her chosen family while trying to balance being a mom, a wife, a boss and a performer. Mixing footage from the road, behind-the-scenes interviews and personal material, director Michael Gracey (The Greatest Showman) gives audiences a glimpse behind the curtain of the circus that she calls life. Available in HDR.

SOLOS (May 21)
Solos is a seven-part anthology series that explores the strange, beautiful, heart-breaking, hilarious, wondrous truths of what it means to be human. Performed by eight of the finest actors of our time, this anthology series spans our present and future and illuminates that even during our most isolated moments we are all connected through the human experience. Available in UHD and HDR.

PANIC (May 28)
No one knows who invented Panic or when it first began. But in the forgotten rural town of Carp, Texas, the game is the only way out. Every summer the graduating seniors risk their lives competing in a series of challenges that force them to confront their deepest fears for the chance to win life-changing money. Anyone can play. Only one will win. Let the games begin. Available in UHD and HDR.

The Haunting in Connecticut 2: Ghosts of Georgia (2013)

My Name is Earl Seasons 1-4

Battle Of The Sexes

For Love Of The Game

In The Line Of Fire

The Best Of Me

What Happens In Vegas

The Lady In The Van 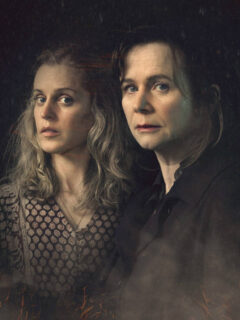 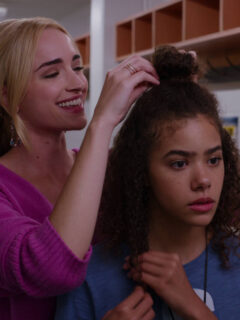 Next
Ginny & Georgia Season 2 Given Green Light
Click here to cancel reply.
Disclaimer: This post may contain affiliate links through which we earn a commission if you decide to make a purchase, at no cost to you. As an Amazon Associate, we earn from qualifying purchases.
BigScoots Hosting: The last host you'll ever need! Click for details.