Also coming are Luxe Listings Sydney, a reality series following three agents in the Sydney property market in their quest for success; season two of El Cid, the Spanish historical action drama about an 11th-century Castilian knight and warlord; the return of Making the Cut, the shoppable fashion series hosted by iconic duo Heidi Klum and Tim Gunn; and The Pursuit of Love, based on the novel by Nancy Mitford and starring Lily James and Emily Beecham.

MARY J. BLIGE’S MY LIFE (June 25)
Nine-time Grammy-winning recording artist and Academy Award nominated singer and actress Mary J. Blige set the music world on fire with her trailblazing 1994 LP “My Life,” a collection of powerful confessionals about her battles with abuse, depression and addiction that forged a profound and enduring connection with millions of fans around the globe.

In Oscar-winning filmmaker Vanessa Roth’s documentary Mary J. Blige’s My Life, the singer, producer and actress reveals the demons and blessings that inspired the record and propelled her from the soul-crushing world of New York’s housing projects to international stardom. In the process, she celebrates the 25th anniversary of her most influential work by performing the album live for the first time. Available in HDR.

THE TOMORROW WAR (July 2)
In The Tomorrow War, the world is stunned when a group of time travelers arrive from the year 2051 to deliver an urgent message: Thirty years in the future mankind is losing a global war against a deadly alien species. The only hope for survival is for soldiers and civilians from the present to be transported to the future and join the fight.

Among those recruited is high school teacher and family man Dan Forester (Chris Pratt). Determined to save the world for his young daughter, Dan teams up with a brilliant scientist (Yvonne Strahovski) and his estranged father (J.K. Simmons) in a desperate quest to rewrite the fate of the planet. Available in HDR.

EL CID SEASON 2 (July 15)
El Cid returns for a second season, picking up after the death of King Fernando. His sons, Sancho, Alfonso and García, rule the kingdoms of Castilla, León and Galicia, respectively. Ruy is now a knight – a step before becoming a true hero – but he will have to make some very difficult decisions along the way. Will it be Amina or Jimena? Sancho or Alfonso? Loyalty or glory? Peace or war?

Battles, love, politics, intrigue, treason, death, and power struggles provide a rich backdrop for the second season of El Cid, which chronicles the real life odyssey of Rodrigo Diaz de Vivar: a hero and legend, who was accused of being a traitor by his enemies.

MAKING THE CUT SEASON 2 (July 16)
Your favorite shoppable fashion series is back! In Making The Cut, hosts Heidi Klum and Tim Gunn are joined by judges, world-famous supermodel Winnie Harlow, and fashion pop icon and Moschino Creative Director Jeremy Scott as they search for the next great global fashion brand. Joining season two in Los Angeles is a diverse group of 10 talented entrepreneurs and designers from around the world who are ready to take their emerging brands to the next level.

THE PURSUIT OF LOVE (July 30)
Written for the screen and directed by Emily Mortimer, The Pursuit of Love follows the friendship between cousins Linda and Fanny, which will be put to the test as Fanny settles for a steady life and Linda decides to follow her heart. Available in UHD and HDR.

LEVERAGE: REDEMPTION (July 9)
Leverage: Redemption brings the Hitter, the Hacker, the Grifter, and the Thief back together again, this time with help from a new tech genius and corporate fixer, to take down a new kind of villain – from the man who created an opioid crisis from the comfort of his boardroom, to the couple who prefers to deport workers instead of paying them, to the shadowy security firm that helps hide dangerous secrets for a price. When someone needs help, they provide…Leverage.

Anacondas: The Hunt For The Blood Orchid (2004)

The Adventures Of Elmo In Grouchland (1999)

How The States Got Their Shapes: Season 1 (History Vault)

Baby Geniuses and the Mystery of the Crown Jewels

Baby Geniuses and the Space Baby

Baby Geniuses and the Treasures of Egypt

Bridge on the River Kwai, The (Original Version)

Bring It On: All or Nothing

Bring It On: Fight to the Finish

Bring It On: In It to Win It

Bring It On: Worldwide #Cheersmack

Butch Cassidy and the Sundance Kid

Cloudy with a Chance of Meatballs

Heaven is for Real

How to Train Your Dragon

Kiss of the Dragon

Rise of the Guardians

Smurfs and The Magic Flute

Two If by Sea 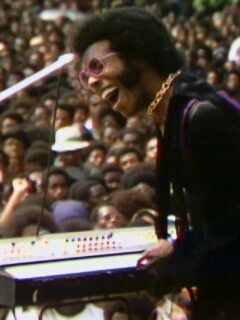 Next
Interview with the Vampire Series Greenlit by AMC
Click here to cancel reply.
Disclaimer: This post may contain affiliate links through which we earn a commission if you decide to make a purchase, at no cost to you. As an Amazon Associate, we earn from qualifying purchases.