Dangerous Liaisons is a bold reimagining of the iconic characters from Laclos’ classic 18th century novel and tells the origin story of how the Marquise de Merteuil and the Vicomte de Valmont meet as passionate young lovers in Paris on the eve of revolution.

Driven to right the wrongs of their past, we follow the couple as they rise from the slums of Paris and scale the heights of the French aristocracy, seducing and manipulating both the nobility and each other to survive.

Englert stars as Camille, a beautiful young woman from nowhere with a mysterious past who seeks revenge on the wealthy aristocrats who led her to ruin. Betrayed by her lover, Valmont, she turns heartbreak into empowerment as she strategizes to gain status, power and freedom.

Denton plays her lover Pascal Valmont, driven to regain the title and status stolen from him by his stepmother after his father’s death. Without status or money, he must seduce and blackmail to get what he wants, even if it risks losing the one he loves most – Camille.

At its core, Dangerous Liaisons is the story of a young woman who negotiates love, sex, class and power to navigate an oppressive, unjust establishment on the brink of collapse.

Leonora Lonsdale (The Pale Horse, Beast) has been tapped to direct the first four episodes of the season.

The series is created and written by Harriet Warner (Tell Me Your Secrets, Call the Midwife) who also serves as executive produce. The series is produced for Starz by Lionsgate Television and Playground.

Coline Abert (Les Revenants), James Dormer (Medici) and Rita Kalnejais (Babyteeth) will serve as writers on the series alongside Warner.

Dangerous Liaisons will air on STARZ in the U.S. and Canada and on its international premium streaming platform Starzplay across its complete footprint in Europe, Latin America, and Japan.

STARZ recently launched its #TakeTheLead initiative, the company’s comprehensive effort to deepen its existing commitment to narratives by, about and for women and underrepresented audiences.

Are you guys excited to check out Dangerous Liaisons? Let us know in the comments or tweet us @vitalthrillscom. 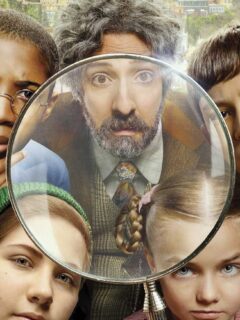 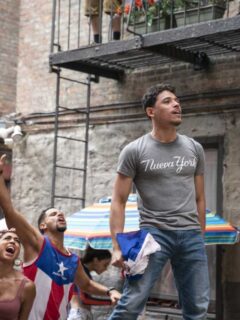 Next
HBO Max and HBO June 2021 Schedule
Click here to cancel reply.
Disclaimer: This post may contain affiliate links through which we earn a commission if you decide to make a purchase, at no cost to you. As an Amazon Associate, we earn from qualifying purchases.
Amazon Prime Day 2021 is June 21 and 22! Click here for the deals.