Acorn TV has announced the programs that are coming to the AMC-owned streaming service in June. The Acorn TV June 2021 lineup features a wide variety of acclaimed English and foreign-language dramas, engaging comedies, documentaries and more.

As murders continue to plague the streets of 1964 Melbourne, daring detective Peregrine Fisher tackles her trickiest assignment yet: juggling her career, the busy life of an Adventuress, and her romance with Detective James Steed (Joel Jackson, Peter Allen: Not the Boy Next Door, Deadline Gallipolli.) Playful but never mocking, exuberant but never naïve, Peregrine Fisher continues her mission to do the legacy of her famous aunt justice, to find her way in changing times and to make a difference in the world. (2 EPS, 2021)

Whitstable Pearl Series 1 (Acorn TV Original) (Episode 4 of 6)
It’s Christmas in Whitstable, and whilst everyone else is looking forward to some time off, Pearl Nolan (Kerry Godliman, Ricky Gervais’ After Life) has her hands full trying to balance running the restaurant with her family commitments. When she receives a mysterious note warning her about a suspicious death, she knows she has her work cut out for her. (1 EP, 2021)

Wainwright Walks Series 2
Julia Bradbury returns with another six-part series of classic walks and climbs in the Lake District. Armed with Wainwright’s famous Pictorial Guides, Julia will be setting out on some of the biggest and most popular fell-walks in the country, with aerial cameras tracking her over mountains and waters. Prepare for stormy ridges, disappeared villages, and animals carved in the natural stone – and the only summit route Wainwright himself never finished. Through sunshine and rain, Julia explores the stunning landscape that inspired the late Alfred Wainwright to produce his beautifully crafted guidebooks. (6 EPS, 2007)

The Real Manhunter (Acorn TV Exclusive)
Recently portrayed by Martin Clunes in the hit Acorn TV Original drama Manhunt, former Detective Chief Inspector Colin Sutton spent 30 years on the police force, a career that saw him lead many of the most high-profile and successful murder investigations of his generation. Though he will forever be associated with the arrest and conviction of serial killer Levi Bellfield and ‘night stalker’ Delroy Grant, his career was so much more, as his conviction record shows. Of the 37 murder cases he investigated, he solved 35 with convictions.

In this exclusive series, Sutton revisits cases he led and explores everything from the crime itself to the breakthrough moment when the suspect was identified and arrested. He will take the viewer on a journey from the moment the police were called to the scene, visit key locations, and explain how he and his team managed to gather enough evidence to secure a conviction. The Real Manhunter features contributions from fellow police officers and journalists who covered the cases and will offer a gripping insight into exactly what happens after the most violent of crimes has been committed. (8 EPS, 2021)

Ms. Fisher’s Modern Murder Mysteries Season 2 (Acorn TV Original) (Episode 3 of 8)
James (Joel Jackson) travels home to the country to investigate the murder of a childhood friend on the eve of the society wedding of the year. Peregrine (Geraldine Hakewill) muscles her way into his investigation, but as it proceeds, old wounds are opened for James and he’s reminded that, to the Hartford squattocracy, he’ll always be just the son of a farmhand. Series description above. (1 EP, 2021)

Whitstable Pearl, Series 1 (Acorn TV Original) (Episode 5 of 6)
Pearl Nolan (Kerry Godliman) is horrified when a mother and her young daughter are nearly killed in a tragic boat accident. When her investigation leads to a toxic rivalry between two sailing clubs, Pearl is forced to confront the bitter memories of losing her own father to the sea. (1 EP, 2021)

The Prime of Miss Jean Brodie
Geraldine McEwan (Agatha Christie’s Marple) stars as imperious, unorthodox teacher Jean Brodie, who endeavors to fill her students, all impressionable young girls, with a love of art and as much self- confidence as she possesses. Set in Edinburgh in the 1930s, this seven-part series is adapted from the novel by Muriel Spark, who considered McEwan’s performance the best portrayal of her iconic character. (7 EPS, 1978)

The Sommerdahl Murders Season 2 (Acorn TV Exclusive, Foreign language, Danish with English subtitles)
Based on Anna Grue’s bestselling novels, The Sommerdahl Murders is an engaging, blue-sky take on the successful Nordic genre and is back with a new season. Detective Chief Inspector Dan Sommerdahl (Peter Mygind, Darkness – Those Who Kill) investigates murders in a lovely Danish coastal town with his best friend, Detective Flemming Torp (André Babikian, The Protectors), and his wife, Marianne (Laura Drasbæk, Park Road), a criminal technician.

But Dan’s years of devotion to the job have hurt his marriage, and with Marianne wanting a divorce, Dan discovers his rival for her affections is none other than his best friend. And they all must still work together to solve crimes. (8 EPS, 2021)

Ms. Fisher’s Modern Murder Mysteries Series 2 (Acorn TV Original) (Episode 4 of 8)
The city is abuzz in the leadup to the prestigious Melbourne Kennel Club Championship Dog Show, but when a groomer is found murdered, scandal threatens. With James still keeping Peregrine at arm’s length, Peregrine improvises and registers as the handler of the victim’s prize collie. Peregrine quickly realizes there’s no shortage of rivalry between the dog owners, and that the dog world is much the same as the human one, with female entrants forced down a much more challenging road to success. (1 EP, 2021)

Whitstable Pearl Series 1 (Acorn TV Original) (Episode 6 of 6-Season Finale)
When a gruesome discovery is made amongst the oyster beds, Pearl is forced to question the legends surrounding her father’s disappearance. Teaming up with DCI Mike McGuire, the two must investigate Pearl’s past, despite the danger it may cause to her present. (1 EP, 2021)

Wainwright Walks, Coast to Coast
In this edition of Wainwright Walks, aerial cameras follow Julia Bradbury from the Pennines, known as the “spine of England,” over the breathtakingly rugged North York Moors, and across to the magical Robin Hood’s Bay. The Coast to Coast Walk was Wainwright’s last great venture and has become his greatest legacy – a beautifully simple proposition, linking three national parks that lie between the Irish and the North Sea. (6 EPS, 2009)

Candice Renoir Series 2 (Acorn TV Exclusive, French w/English subtitles)
Candice Renoir (Cécile Bois, Gloria) is a witty heroine who isn’t afraid of a challenge. After putting her career on hold for the last ten years, she arrives to a port town in the South of France to resume work. Despite the obvious mistrust of her team and her cynical chief’s determination to make her job harder, she tries her best to turn her weaknesses into strengths by solving the most complex criminal cases while juggling her unpredictable personal life. (10 EPS, 2014)

Ms. Fisher’s Modern Murder Mysteries Series 2 (Acorn TV Original) (Episode 5 of 8)
When the severed head of a gang member rumbles up the ball chute of a busy suburban bowling alley, Peregrine and James find themselves in a middle of a war between Mods and Rockers, two of Melbourne’s most feared teen gangs. They’ve managed to recover their professional relationship somewhat, but as they uncover the murderer and the secret life they led, both of them have to face the realization that living a life of regret will eat you away from the inside. (1 EP, 2021)

Proof, Series 1-2
At Dublin Port, police investigate the horrific discovery of 23 dead Eastern European illegal immigrants inside a freight container. A car thief stumbles across a laptop containing dangerous data, and disgraced journalist Terry Corcoran (Finbar Lynch, Treadstone) meets a woman searching for her sister, whom she believes has been sold into sex trafficking in Ireland. Also starring Orla Brady (The South Westerlies.) (10 EPS, 2004 and 2005) 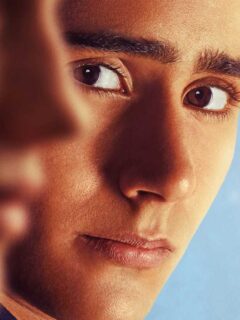 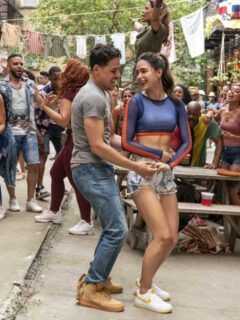 Next
In the Heights Review: Beautiful and Wonderful
Click here to cancel reply.
Disclaimer: This post may contain affiliate links through which we earn a commission if you decide to make a purchase, at no cost to you. As an Amazon Associate, we earn from qualifying purchases.
Amazon Prime Day 2021 is June 21 and 22! Click here for the deals.