AMC announced today that A Discovery of Witches Season 2 begins its network television encore on AMC with the first two episodes airing back-to-back on Sunday, June 27 at 7 pm ET/ 6c. You can watch the trailer for the second season using the player below.

In addition to the premiere date, AMC says that subsequent episodes of the season will air weekly on Sundays at 8pm ET/7c.

After a successful run on AMC’s streaming services Sundance Now and Shudder earlier this year, A Discovery of Witches Season 2 is still available to binge on the streaming platforms.

“A Discovery of Witches is an addictive, fantasy-filled series which has become a top performer across our SVODs, and we’re thrilled to introduce the show to a wider audience by giving viewers the opportunity to sample it with a traditional linear viewing experience or indulge in binging the series on our streaming platforms,” said Dan McDermott, President of Original Programming of AMC Networks.

Here they must find a powerful witch teacher to help Diana control her magic and search for the elusive Book of Life.

And Gerbert (Trevor Eve, Waking the Dead), Knox (Owen Teale, Game of Thrones), Satu (Malin Buska, The Girl King) and Domenico (Gregg Chillin, Da Vinci’s Demons) are determined to hunt down every clue they can to Diana’s and Matthew’s disappearance, and the secrets their allies are keeping from them.

A Discovery of Witches Season 2 remains one of the most popular shows in the history of Sundance Now.

On Shudder, A Discovery of Witches is one of the most watched scripted series to date in 2021 and has among the highest social engagement for any scripted series.

Are you excited for A Discovery of Witches Season 2? Let us know in the comments or tweet us @vitalthrillscom. 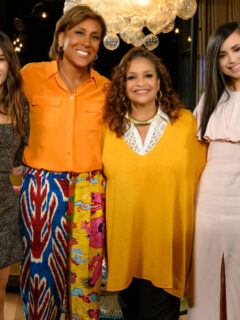 Previous
Turning the Tables with Robin Roberts Coming to Disney+ 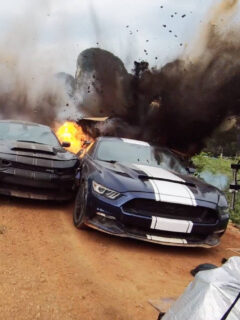 Next
Get Ready for Total Car-nage in F9!
Click here to cancel reply.
Disclaimer: This post may contain affiliate links through which we earn a commission if you decide to make a purchase, at no cost to you. As an Amazon Associate, we earn from qualifying purchases.
Amazon Prime Day 2021 is June 21 and 22! Click here for the deals.