Netflix has announced the start of production on 365 Days Part 2 and Part 3, the sequels to the popular original 365 Days.

The films will be loosely based on the book trilogy (This Day and Next 365 Days) by Blanka Lipinska, who co-wrote the script with Mojca Tirs.

You can watch the R-rated trailer for the first movie via the link in the player below and read on for more on the upcoming sequels.

In the next two films, Laura and Massimo are back and hotter than ever.

But the reunited couple’s new beginning is complicated by Massimo’s family ties and a mysterious man who enters Laura’s life to win her heart and trust, at any cost.

365 Days (aka 365 dni) was in the daily Top 10 list on Netflix in over 90 countries around the world and it was the fourth-most searched for film on Google globally in 2020.

Part 2 and Part 3 see the return of cast members Anna-Maria Sieklucka and Michele Morrone. They will be joined by Magdalena Lamparska and Otar Saralidze. Simone Susinna will play a new character named Nacho.

“365 Days was one of our most popular films for our members in 2020. We’re working closely with Blanka Lipinska, the author of the 365 Days trilogy of books and writer of the film, to continue Laura and Massimo’s story on screen,” said Łukasz Kluskiewicz, Content Acquisition Manager of Netflix films for CEE & Poland.

“Their journey together is full of many twists and turns as our characters continue to grow and learn more about themselves.”

“I’m hugely honoured that the remaining two parts of my 365 Days Trilogy — This Day & Next 365 Days — will be brought to life on screen by Netflix,” added Blanka Lipińska.

“I’m so excited to show fans of my novels all over the world this fresh look at the characters and to continue Laura and Massimo’s story.”

Part 2 and Part 3 starts shooting in Poland and Italy this month and is slated for release on Netflix globally in 2022.

The films will be directed by Barbara Białowąs and Tomasz Mandes. The producers are Ewa Lewandowska & Tomasz Mandes (Ekipa), as well as Maciej Kawulski (Open Mind One).

The first movie is officially described as follows: “This is not just another romantic comedy, but a story about lust and desires. Massimo Torricelli, a young and handsome boss of Sicilian Mafia family has no other option but to take over after his father has been assassinated.

“Laura Biel is a sales director in a luxurious hotel. She has a successful career, but her private life lacks passion. She is taking one last shot to save her relationship.

“Together with her partner and friends, she takes a flight to Sicily. Laura does not expect that Massimo, the most dangerous man on the island, will get in her way, kidnap her, hold her captive and give her 365 days… to fall in love with him.”

Are you looking forward to the sequels? What did you think of the first movie (watch here)?

Let us know your thoughts about the first movie and the sequels announcement in the comments below. 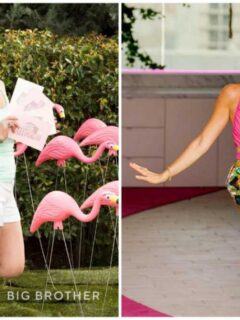 Next
NBCUniversal Reveals New Bravo, E!, Oxygen, SYFY and USA Originals
Click here to cancel reply.
Disclaimer: This post may contain affiliate links through which we earn a commission if you decide to make a purchase, at no cost to you. As an Amazon Associate, we earn from qualifying purchases.
Amazon Prime Day 2021 is June 21 and 22! Click here for the deals.