Conflict is the basis of drama, and there are few dramatic conflicts as powerful as the exploration of class. Everyone alive feels that conflict – the societal obligations for those who are not well off to rise above their status, while those who are already well off strive to keep their positions while, consciously or unconsciously, keeping those beneath them in their place. The struggle is seemingly eternal, and in these politically-charged times, more relevant than ever. It’s just a part of the conversation now, and as the rise of social media seemingly gives a voice to the voiceless, those with power and wealth try to manipulate the message.

This is a subject that Bong Joon-ho is very familiar with, Snowpiercer being the most direct example. The metaphor doesn’t get much more on-the-nose as a ragtag group of post-apocalyptic survivors strive to get further ahead on a train as each car ahead of them becomes more opulent with more wealthy citizens. Snowpiercer may be science fiction, but its themes are no less true.

Bong’s latest film, however, doesn’t give us the luxury of a world in the distant future. Parasite is very much in the here and now, and eschews fantasy for an unflinching reality. 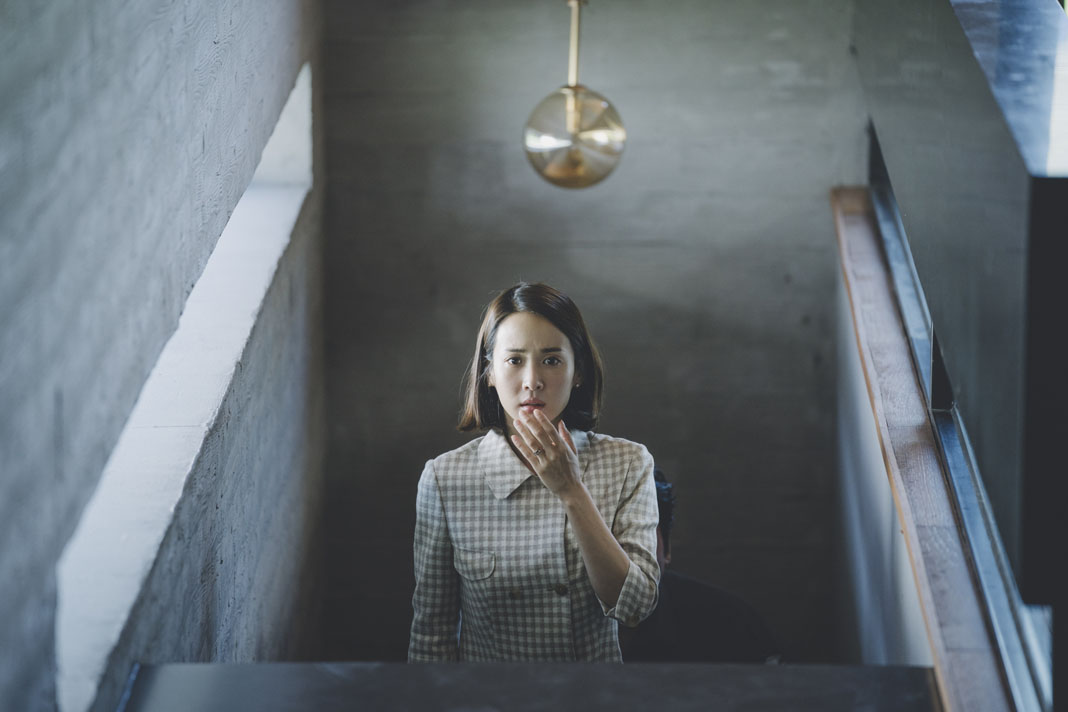 We are introduced to the Kim family, living in a sub-basement in Seoul, South Korea. None of them have jobs, but what the Kims lack for in employment they make up for in tenacity and endurance. When a street exterminator, for example, passes by their home, father Ki-taek (Kang-ho Song) insists that the family open the windows for the extermination cloud to waft in to help get rid of the bugs. Stuck folding pizza boxes for spare change and scrambling to keep their free wi-fi, the Kims look to be at the end of their rope.

But when Kim Ki-woo (Woo-sik Choi) is offered a chance to tutor Da-hye (Ji-so Jung), a young girl from the wealthy Park family, Ki-woo sees an opportunity for the entire Kim family to be made whole.

But once the Kim family infiltrates the Park family home, bitterness and long-held animosities begin to build up, and one night when the Parks are away on a camping trip, all of those resentments explode, threatening both families. 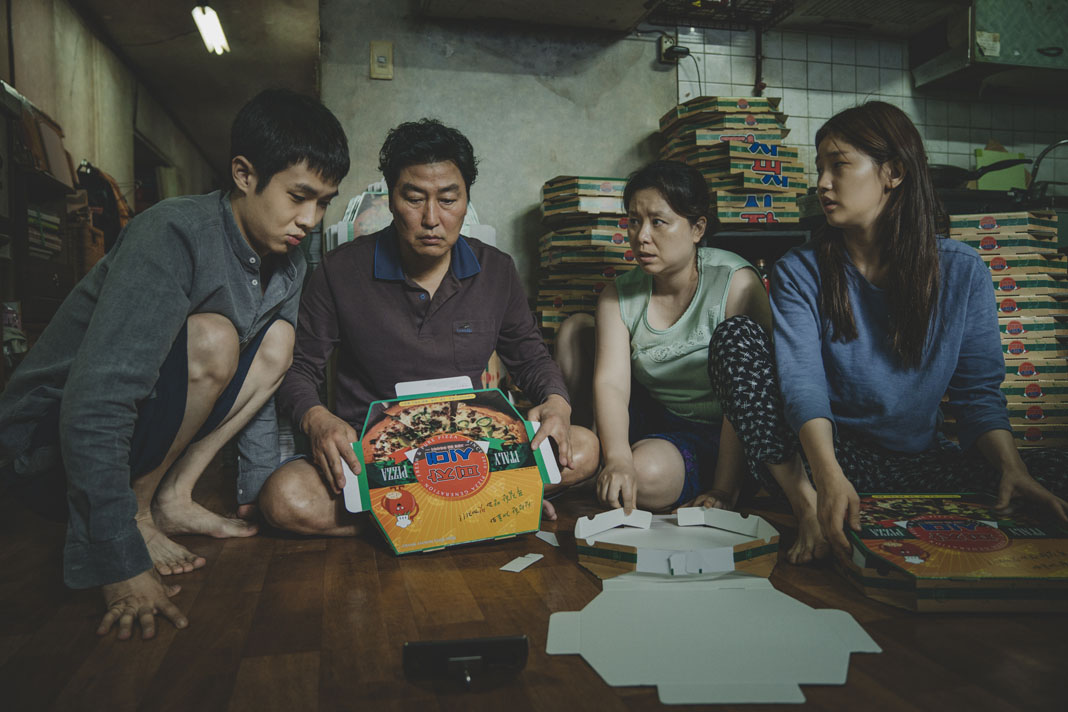 Bong Joon-ho isn’t interested in a simple, binary worldview here. Both the Kim and the Park families have admirable as well as contemptible traits. The Kims are dogged and eager, and optimistic with their lot in life, convinced that the world will eventually turn their way. But when things improve for them, they immediately take it for granted, and even begin to feel entitled to it.

While the Parks seem indifferent of the Kims’ struggles, it is obvious very quickly that Dong-ik and Yeon-kyo love their children immensely and want what is best for them, and that Dong-ik worked hard for his wealth and his position. It would be easier, perhaps, if poor equaled good and rich equaled bad, but real life doesn’t work that way. Bong Joon-ho explores the friction between the two classes, but he never lets either the Kims or the Parks off the hook.

The first half of Parasite is disarmingly funny, with great character humor as the Kims exploit the naivete of the Parks. But when the film reveals itself, as we see the layers upon layers that Bong Joon-ho is building upon, we come to realize that everyone is complicit in their roles, and as we watch the lower classes scramble for the approval of the upper class, we have deep empathy for both.

Even the title of the film, Parasite, is revealing in the symbiotic nature of the relationships here. As the rich and poor feed off each other, the dichotomy of that dependency becomes clearer, and the tragedy of it all is that all of them have common ground that they refuse to acknowledge. 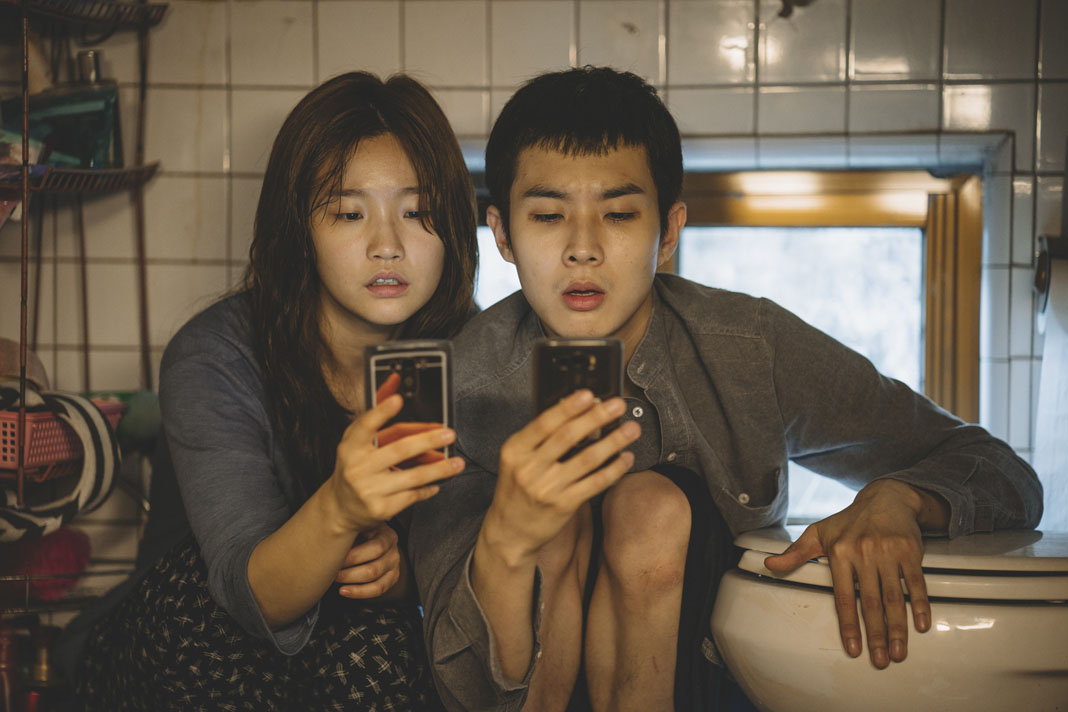 Parasite is a master class in film-making. Every scene is given room to breathe, but while Parasite is more than two hours long, the time flies by. We are utterly invested in both the Kims and the Parks. Kang-ho Song, as the Kim family patriarch, is a revelation and his performance is funny and heartbreaking. Kim Ki-taek is a good man doing the best he can in a bad situation, but he also has animosities that he carries with him that he cannot simply lay aside. But the entire cast does great work here.

Once everything is revealed in Parasite, and Bong Joon-ho plays his hand, there is nothing quite like it in cinema. Every moment is earned, and even as we want to look away at the horror of it, we are forced to accept its truth. Bong Joon-ho has given us five incredible films now, each a different story, but deeply empathetic to the human condition.

Each one of us, when put to the test, has the potential of betraying our core values when offered a step up the ladder, and that makes for great drama, and an opportunity for insight into the world that we have built around us, designed to keep so many out while others continue to take advantage of them. Parasite is a masterpiece, and an essential film for our times.

NEON will release Parasite in theaters on October 11, 2019. Click here for all our Parasite coverage. 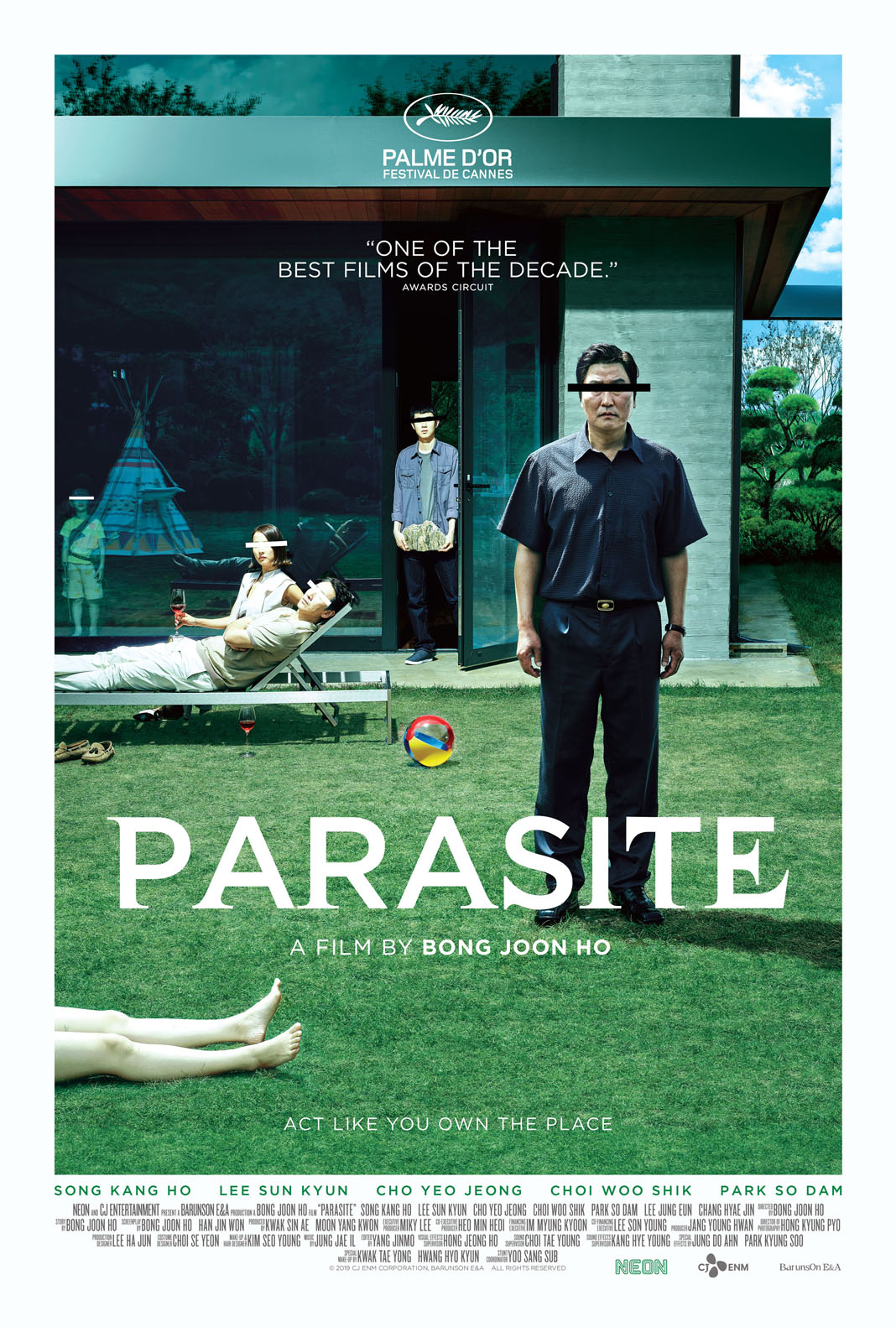 Hulu has announced that Portrait of a Lady on Fire is coming to the streaming service on Friday, March 27. From Director Céline Sciamma (Girlhood, Tomboy),...
Read more
Movies

There are particular buttons in a movie, that when I see them, automatically elicit an emotional response. It’s Pavlovian – if you make a...
Read more
Movies

Parasite Graphic Novel in Storyboards Coming on May 19

Horror, more than any other genre, it seems, has its hand directly on the pulse of the here and now. It has to be...
Read more
Movies

The Parasite streaming release has been set for April 8th! This year's historic Best Picture-winning film from NEON will be available on Hulu beginning Wednesday, April 8....
Read more
Legion of Leia

Serious fans of Jack London’s The Call of the Wild novel will likely be disappointed in the latest adaptation by 20th Century Studios (formerly 20th...
Read more

Alan Cernyhttp://vitalthrills.com
Alan Cerny has been writing about film for more than 20 years, for such sites as Ain't It Cool News, CHUD, Birth Movies Death, and ComingSoon. He is a member of the Houston Film Critics Society since 2011. STAR WARS biased. Steven Spielberg once called Alan a "very good writer" and Alan has the signed letter to prove it, so it must be true.