The Walt Disney Animation Studios has released a new international Frozen 2 poster that you can view in the gallery below! Stay tuned for the new trailer on Monday, and you can still watch the previously-released trailer here and the teaser here.

Why was Elsa born with magical powers? The answer is calling her and threatening her kingdom. Together with Anna, Kristoff, Olaf and Sven, she’ll set out on a dangerous but remarkable journey.

In Frozen, Elsa feared her powers were too much for the world. In Frozen 2, she must hope they are enough.

It was announced at D23 Expo in August that Sterling K. Brown will voice Lieutenant Matthias and Evan Rachel Wood is voicing Queen Iduna.

The first film was released in November 2013 and went on to gross $1.276 billion at the worldwide box office. In April 2019, it was announced that the Walt Disney Animation Studios is also creating the Into the Unknown: Making Frozen 2 for Disney+. The documentary series will show the hard work and imagination that go into making one of the most highly-anticipated Walt Disney Animation Studios features.

The No. 1 animated film of all time will arrive on Digital (pre-order here) in 4K Ultra HD, HD and Movies Anywhere on February 11 , and on 4K Ultra HD, Blu-ray and DVD on Feb. 25.

The Frozen 2 bonus features include deleted scenes, deleted songs, Easter eggs, outtakes and a sing-along version with lyrics to the film’s forever-infectious songs. Extras invite viewers to go behind the scenes to hear personal, making-of stories from the Frozen 2 cast and crew. 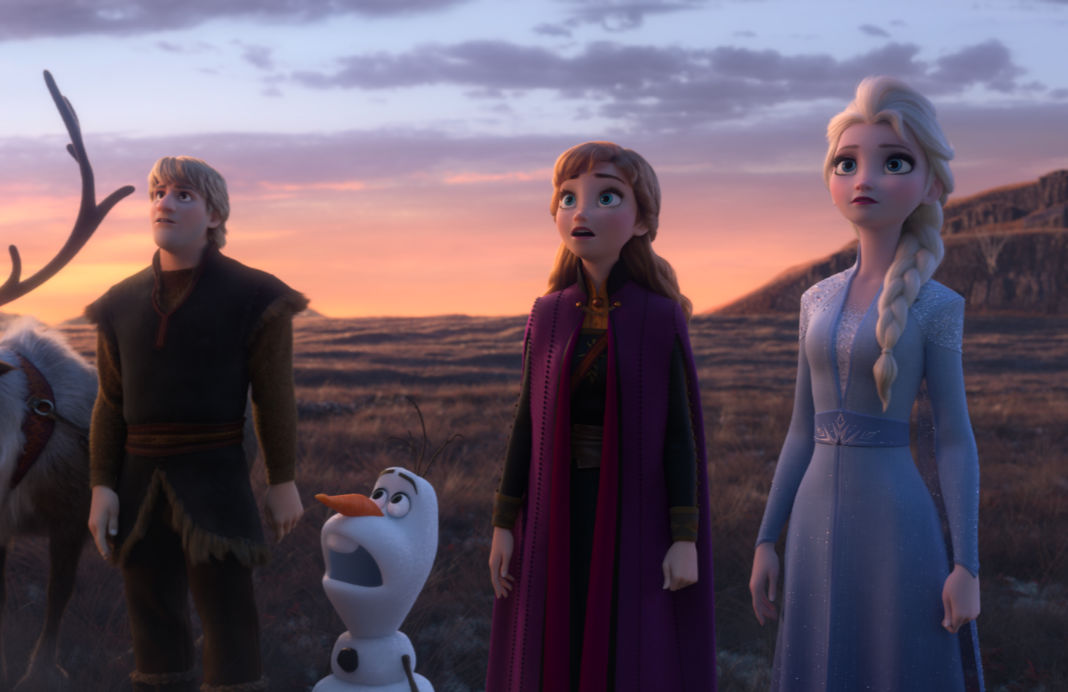 Fans who bring the film home early on Digital will receive two exclusive extras: an interview with songwriters Kristen Anderson-Lopez and Robert Lopez, who won an Oscar for Best Original Song (“Let It Go,” 2014) and wrote seven original songs for Frozen 2, and a deleted song titled “Unmeltable Me.”

What do you think about the new international Frozen 2 poster? Let us know your thoughts in the comments below.

Previous articleNew Showtime Premiere Dates for The Affair, Back to Life and Kidding
Next articleCan You Solve the Mystery of the Fractured Trailer?

14 new shorts arrived on the Disney+ streaming service today. The shorts are part of an experimental program called Short Circuit, where anyone at Walt Disney...
Read more
Music

Walt Disney Animation Studios has announced the Frozen 2 Digital and Blu-ray release dates. The No. 1 animated film of all time will arrive on...
Read more
Movies

Fans are invited to venture "Into the Unknown" alongside Anna and Elsa when Walt Disney Animation Studios' Frozen 2 Sing-Along engagement kicks off in...
Read more
Movies

Newcomer The Grudge was no match for holdovers like Star Wars: The Rise of Skywalker, Jumanji: The Next Level and Little Women over the first weekend of the 2020...
Read more
Movies

Lucasfilm's Star Wars: The Rise of Skywalker opened in first place with an estimated $175.5 million at $4,406 domestic theaters, an average of $39,832 per...
Read more
Movies

After Frozen II's three-week reign atop the box office, Sony Pictures sequel Jumanji: The Next Level took over with an estimated $60.1 million from 4,227...
Read more
Movies

Frozen 2 Ices the Competition with Another $125 Million Worldwide

With the film having earned over $745 million worldwide already, the Walt Disney Animation Studios has brought online the full Into the Unknown scene...
Read more

Star Wars: The Clone Wars has returned for its seventh and final season on the Disney+ streaming service. In this review, we're taking a look...
Read more

The Chicago Series and Law & Order: SVU Renewed for 3 Seasons!

Producer Dick Wolf and Wolf Entertainment have signed a new five-year deal to remain at Universal Television, a division of NBCUniversal Content Studios, his...
Read more

Sofia Vergara and Heidi Klum to Judge America’s Got Talent