The Television Critics Association (TCA) Summer Press Tour is a two-week long event that takes place in Los Angeles and where networks bring the cast members from their new and top-rated shows to promote. Journalists attend panels with the talent and mingle with the stars to learn about their latest projects. VitalThrills.com got a chance to attend the NBCUniversal Summer panels, which ended the TCAs, and got firsthand details about its upcoming lineup, including Perfect Harmony, Sunnyside, Bluff City Law, and The Good Place. 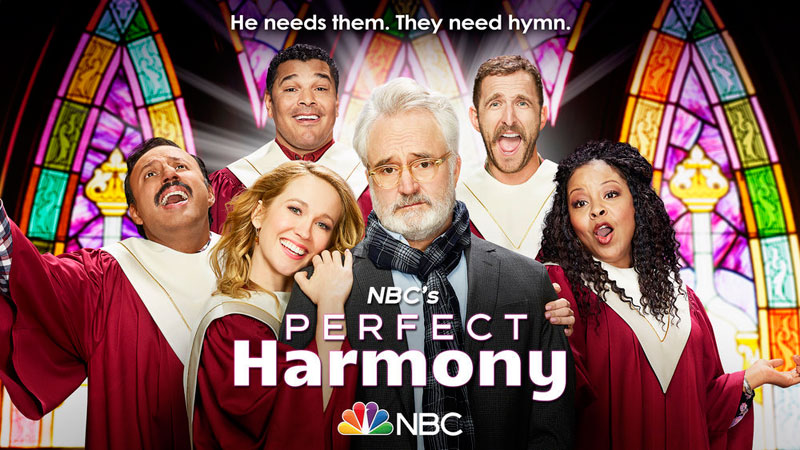 Prepare to meet a lot of new quirky characters who find their voices in a church choir and become the best thing their small town has seen. Bradley Whitford leads an all-star ensemble cast and takes on the role of Arthur Cochran, a former Princeton music professor who reluctantly helps an oddball group of singers that help each other rediscover happiness.

“It was really important to me that we get Arthur to a place where he is open to receiving something from the choir, and I thought that was a very important journey for him to complete. If we were on a streaming show, maybe it would be our whole first season. But I think in a network show, you want to jump in and be like, OK, we’re at the place ‑‑ we’re on the day things change or, in this case, the weeks things change for Arthur and then go from there,” executive producer Lesley Wake Webster said.

While Arthur isn’t based on someone in particular, Whitford is drawing from personal experiences.

“There is a certain kind of beloved theater professor who I had, who was not a snob but always looked like kind of an unmade bed, and so I’m sort of going for that. I know a lot of people in academia, so I know that sort of, kind of pretentious mind‑set.”

But one thing The West Wing actor can’t reflect on to help inspire his role is his church upbringing.

“I was actually raised Quaker, and bizarrely, one of the things I disagree with Quakers about is there’s no music. So I didn’t grow up in a church musical tradition. We sit in the silence and love each other, not a great television show,” he laughed. 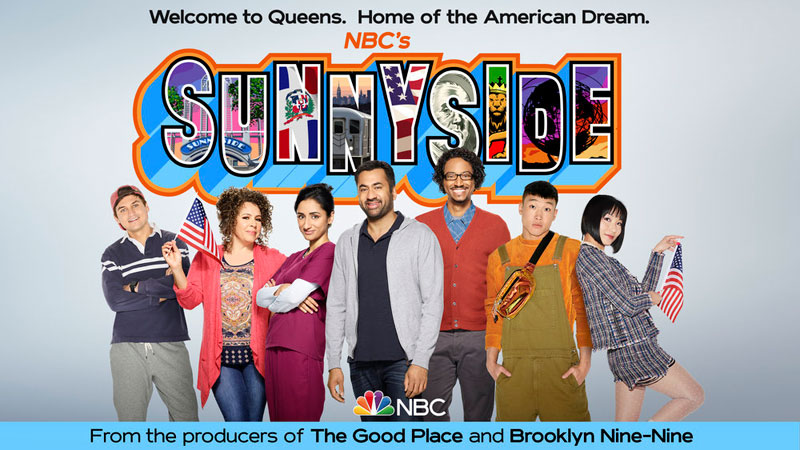 Another new comedy to check out is Sunnyside, which was co-created by Kal Penn, who also stars in the series as Garrett Modi – a disgraced New York City council member that finds his calling helping immigrants achieve the American dream.

“It’s a redemption story for Garrett. And so he falls from grace. The backstory here is that I was elected to New York City Council right out of college, the youngest member ever. Everyone pinned their hopes and dreams on this young New York City Councilman, who is very quickly corrupted. And that was the last straw was, sort of, puking on the cop car and trying to bribe a police officer. Where do you go from there when you are a guy who gets kicked out of city council and has no other transportable job skills? So, for Garrett’s arc, we wanted to, sort of, find that journey for him early. By the time you get to episode two, these are basically a group of friends just like a lot of the shows that we all love,” Penn explained.

Asked if people would want to see a show about immigrants given the current political climate, Penn responded, “I remember, when we did the first ‘Harold & Kumar Go to White Castle’ and there was a question of ‘Will people actually like it? Are people okay with there being two Asian-Americans in a lead in a buddy comedy that also happens to feature marijuana and hamburgers?’ And it did well everywhere in the country because audiences really like characters they can identify with. They like plot lines that they maybe haven’t had the chance to experience before, enter worlds that they haven’t seen. That’s what I love about comedy, and I think that’s what we are hoping to achieve with this. So, yeah, we are hoping that our reach will be very wide.” 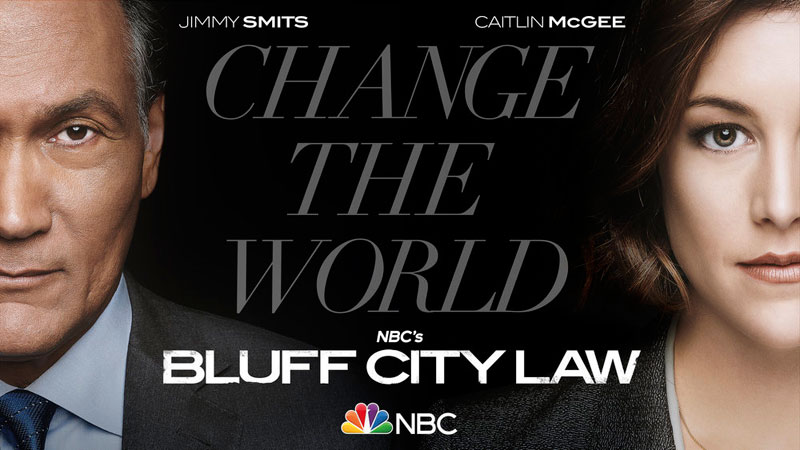 Bluff City Law centers on a famous Memphis family law firm that tackles tough cases they hope can change the world and stars Oscar, Golden Globe, and SAG Award winner Jimmy Smits. While the actor is no stranger to dramas that focus on law, Smits admitted he needed to get familiar with the subject matter again.

“There was a lot of brushing up. But you try to take the best from the experiences that you had and know that this particular guy that I’m doing now is a lot different and doesn’t have the kind of bounce in the same way, and, luckily, we were able, besides having a really great pilot script that is a wonderful jump‑off point for all these characters and this relationship, we had some really great technical people that were able to work with us that are attorneys there, and a particular duo that have the same type of father‑and‑daughter relationship. So that was really helpful as well.”

Smits’ character takes on high profile controversial civil rights cases and fights against injustice alongside his daughter Sydney Keller, played by Caitlin McGee, who talked about why heroes are needed right now.

“We need that idealism. We need that hope. We need to know about the cases where people do prevail against big business, big companies, stuff like that, like the little guy really wins. So without it, it would be incredibly dark. Obviously we’re a law show. We don’t always win. I wish we would, but we don’t, and so I think it’s really important to show the human stories behind those headlines. I think that’s the biggest thing that we see right now is we read a headline, and we don’t actually get to know the people behind these cases and these stories, and it makes you even more passionate for change when you know who’s behind that.”

Topics the show plans on addressing include free speech, wrongful imprisonment and local Memphis issues since that’s where the show is filmed.

“The great thing about the law is that you’re able to present two different points of view,” Smits said. “But in our discussions, when we were first starting what we wanted to achieve, is that we feel that audiences engage with characters, and then they take the ride along with whether they’re a lawyer or a cop or a doctor. So it was important for us to really have great springboards for character development and storyline. 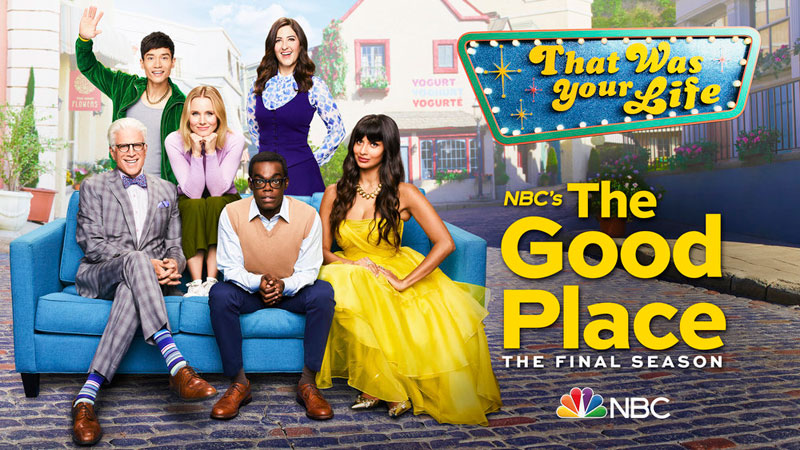 After just four seasons, the ensemble comedy starring Kristen Bell and Ted Danson is coming to an end, which brought forth a lot of tears from the panel.

“I got a call from [executive producer] Mike Schur when I was driving in the car, and I had a sixth sense about what he was about to say because he said, ‘Hey, we need to talk,'” Bell revealed. “And I said, ‘Before you say anything else, you have to promise me that you’ll write me a show after this one, and that’s the only way I’m not going to hang up on you.” And he said, ‘Okay.’ So I think it’s legal because you guys are writing it down. He said, ‘I have done a lot of thinking about it. Haven’t made this decision haphazardly, but I have found an ending that this story needs,’ and I have always made it my mission to trust Mike, and it has never backfired.”

Danson was taken back when he heard the news, but understood the decision.

“I think we were all a little surprised and full of respect, because we’ve told the story from day one the way ‑‑ I say ‘we,’ but the way Mike wanted to, and to sit there and pad a story that is a very specific message and a morality tale, and all of a sudden have the gang trapped in a snowstorm singing musicals would have been weird. So I am grateful that it ended with as much integrity as it started.”

While the actors were visibly emotional from the start, the tears began when William Jackson Harper gave a very heartfelt compliment to Bell and Danson.

“I feel like Ted and Kristen set a tone. There’s no better artists to lead your show. I think coming away from the show, I can only hope, no matter where I am on the call sheet going forward, that I can sort of promote the same atmosphere that these two so generously gave us. I feel like there’s no people on this planet that are as generous and professional and talented as these two. So I’m going to take that away more than anything else.”

The Good Place has been nominated for three Emmys, including best outstanding comedy, and the show has received widespread critical acclaim for the hilarious premise, talented cast and ethical and philosophical elements.

The show returns September 26th for its final season.

Ellen’s Game of Games Renewed for a Fourth Season

NBC has renewed its hit alternative series Ellen's Game of Games for a fourth season. Ellen DeGeneres revealed the pickup this morning on The...
Read more
TV

Superstore Season Six Given the Green Light by NBC

NBC has given the green light to Superstore Season Six, which will air on the network during the 2020-21 season. America Ferrera and Ben Feldman...
Read more
TV

Days of our Lives, the longest running series on NBC, has been renewed for a record 56th season.  “Like sands through the hourglass, so are...
Read more
TV

American Ninja Warrior to Return for a 9th Season on NBC

NBC’s four-time Emmy Award-nominated series American Ninja Warrior will be returning this summer to NBC for its ninth season. Production will begin in the...
Read more
TV