The Lion King Roars to $543.6 Million at the Global Box Office 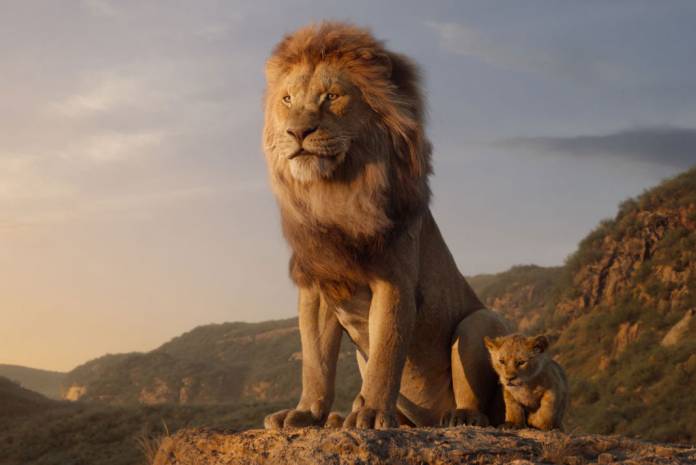 Disney‘s The Lion King ruled the global box office this weekend with $446.1 million! The movie opened domestically with $191.8 million from 4,725 theaters. Internationally, the movie brought in $254.3 million this weekend from 52 markets. With the addition of China, where the film has earned $97.5 million since opening on July 12th, the worldwide total is already up to $543.6 million after 10 days.

The Lion King‘s domestic debut of $191.8 million is the eighth biggest of all time and marks a record for July and for a PG-rated film. It’s the biggest debut ever for a Walt Disney Studios release outside of Marvel Studios and Lucasfilm, surpassing Incredibles 2 ($182.7 million) and Beauty and the Beast ($174.7 million). Earning an A CinemaScore, The Lion King is the fifth Disney live-action reimagining to gross over $100 million in its debut, alongside Beauty and the Beast, Alice in Wonderland ($116.1 million), The Jungle Book ($103.3 million) and Aladdin ($116.8 million over a four-day holiday).

Internationally, The Lion King has reached $351.8 million. The film opened at No. 1 across all international markets and was within the top five industry opening weekends of all-time in several markets, including Russia, Brazil, Mexico, Australia and the whole Latin America region. The openings were strong across all regions and The Lion King is still yet to open in Hong Kong, Japan and Italy.

Before we move on and following yesterday’s announcement, it is worth noting that Avengers: Endgame has now officially passed Avatar to become the No. 1 film of all time. With another $1.5 million global weekend, Endgame has reached $2.790 billion worldwide, which tops Avatar‘s $2.789 billion.

Coming in at No. 4 was Alexandre Aja’s alligator horror-thriller Crawl (Paramount Pictures), which added $6 million domestically for a total of $23.8 million after two weeks. The film also snatched $2.7 million internationally and is up to $9.9 million overseas, for a worldwide total of $33.7 million. Made for less than $14 million, Crawl stars Kaya Scodelario, Barry Pepper, Ross Anderson, Anson Boon and Jose Palma.

Parkwood Entertainment, in association with Disney+, has announced and debuted the teaser video for the visual album Black Is King, written, directed...
Read more
Movies

Paramount Pictures raced to the top of the box office with Sonic the Hedgehog, which debuted with an impressive $57 million at North American theaters...
Read more
Movies

After a three-week reign by Bad Boys for Life, Warner Bros. Pictures' Birds of Prey (And the Fantabulous Emancipation of One Harley Quinn) took...
Read more
Movies

For the third weekend in a row, Sony Pictures' Bad Boys for Life dominated the global box office with another $17.7 million from domestic theaters...
Read more
Movies

Bad Boys for Life (Sony Pictures) easily held on to the top spot at the domestic box office its second weekend in theaters with...
Read more