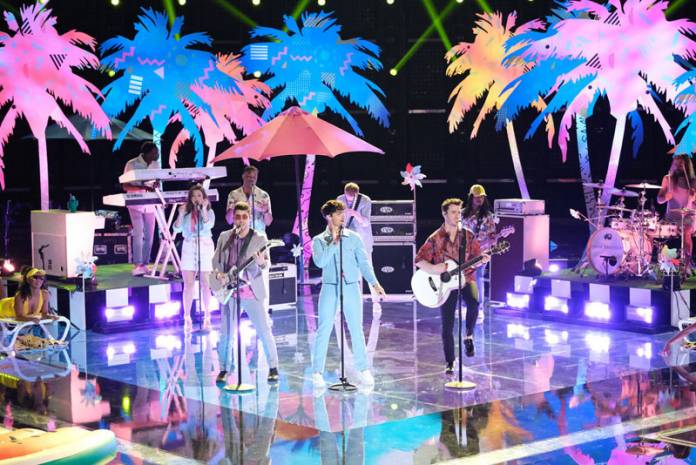 The Voice Season 16 finale was a star-studded event packed with A-lister performances leading up to the crowning of the winner. Will it be John Legend’s Maelyn Jarmon or one of Blake Shelton’s three finalists – Gyth Rigdon, Dexter Roberts or Andrew Sevener? Read below to find out how the night played out.

Country legend Travis Tritt started the night off with Sevener performing “Trouble,” which had coach Kelly Clarkson up on her feet dancing. Taking the stage next was the Jonas Brothers, who belted out their new single “Cool” off of their upcoming album Happiness Begins. The newly-reunited trio gave off serious summer vibes with a carefree set surrounded by blow up inflatable pools filled with hot girls and a fun retro vibe.

Khalid, who was an advisor for Legend’s team this season, performed “Talk.” Former contestants Mari and Kim Cherry commanded the stage with Lizzo’s “Good As Hell” that morphed into something totally different as more past contenders — Shawn Sounds, Kalvin Jarvis, Domenic Haynes, LB Crew and Jej Vinson — took over with their spin of Bobby Brown’s “My Prerogative.” 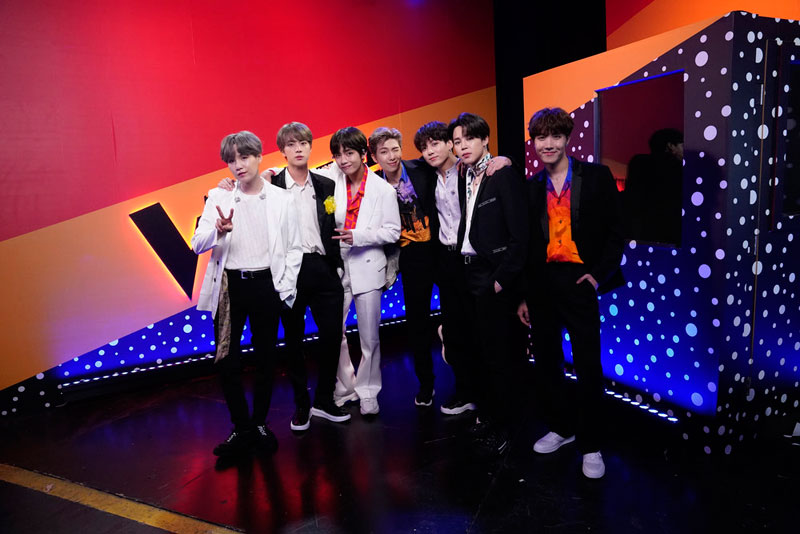 will.i.am stopped by to chat about the new NBC show Songland he’s a part of along with Ryan Tedder, who came out next with One Republic and killed it with “Rescue Me.”

There was a quick break with the amazing performances to surprise the four finalists were given new Toyota RAV4, which of course they were beyond thrilled about.

The music picked back up again with Hootie and the Blowfish bringing us back to the ’90s again with their 1994 hit “Let Her Cry.” Then it was back to the ’90s one more time with a beautifully done duet by Sarah McLachlan and Jarmon. The two performed a moving rendition of McLachlan’s “Angel.”

The high profile performances didn’t stop. South Korean boy band BTS sang “Boy with Luv” while showing off their perfectly-choreographed dance moves with the word “Love” spelled out in giant pink neon heart behind them.

The ninth performance of the jammed packed finale teamed up Roberts with Toby Keith. The pair did the country superstars new single “That’s Country Bro.” 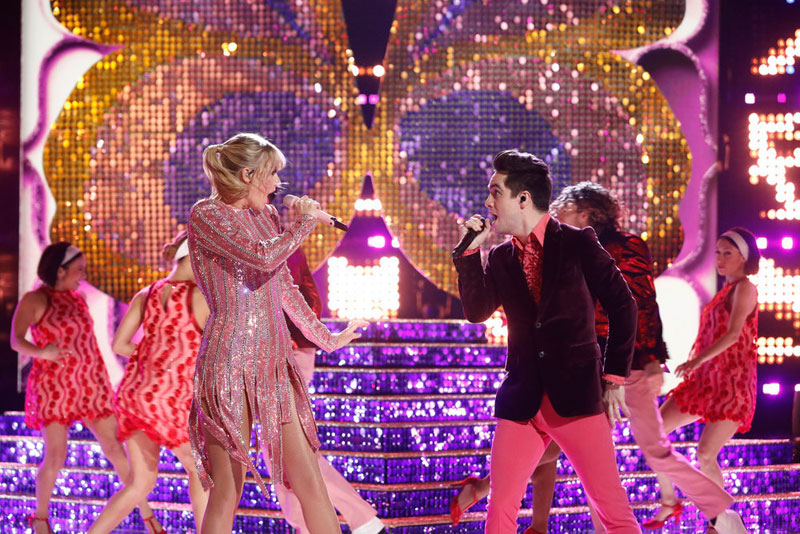 Hootie and the Blowfish rocked it again, this time with Rigdon, performing their iconic hit “Hold My Hand.”

After 10 time GRAMMY award-winning artist Taylor Swift and Brendon Urie gave the last performance of the night with their latest single “ME!”, the finalists were brought out on stage.

Host Carson Daly asked them to say one last thing to their coach before announcing the fourth place finalist, which was Team Blake’s Andrew Sevener.

Third place was Dexter Roberts, so it was now between Team Blake’s Gyth and Team John’s frontrunner Maelyn.

After Shelton and Legend praise their final contestants, the winner is revealed… 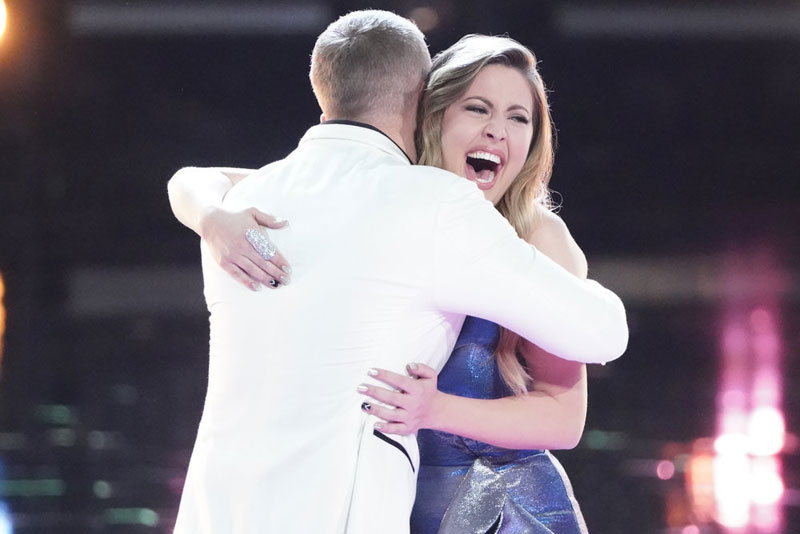 Previous articleMinions: The Rise of Gru is the Title of the 2020 Sequel
Next articleMaelyn Jarmon and John Legend on The Voice Finale

NBC has given the green light to Good Girls Season 4 and the network has released a video of the cast receiving...
Read more

Helstrom Photos Give a First Look at the Marvel Series

Hulu has released (via IGN) the first Helstrom photos, which give you a look at the Marvel Television series coming to the...
Read more

Alex Rider Series Coming to IMDb TV in the U.S.

IMDb TV and Amazon Prime Video announced today that they have secured the rights to the Alex Rider series for the U.S.,...
Read more

Rocket Arena Launches for the PS4, Xbox One and PC